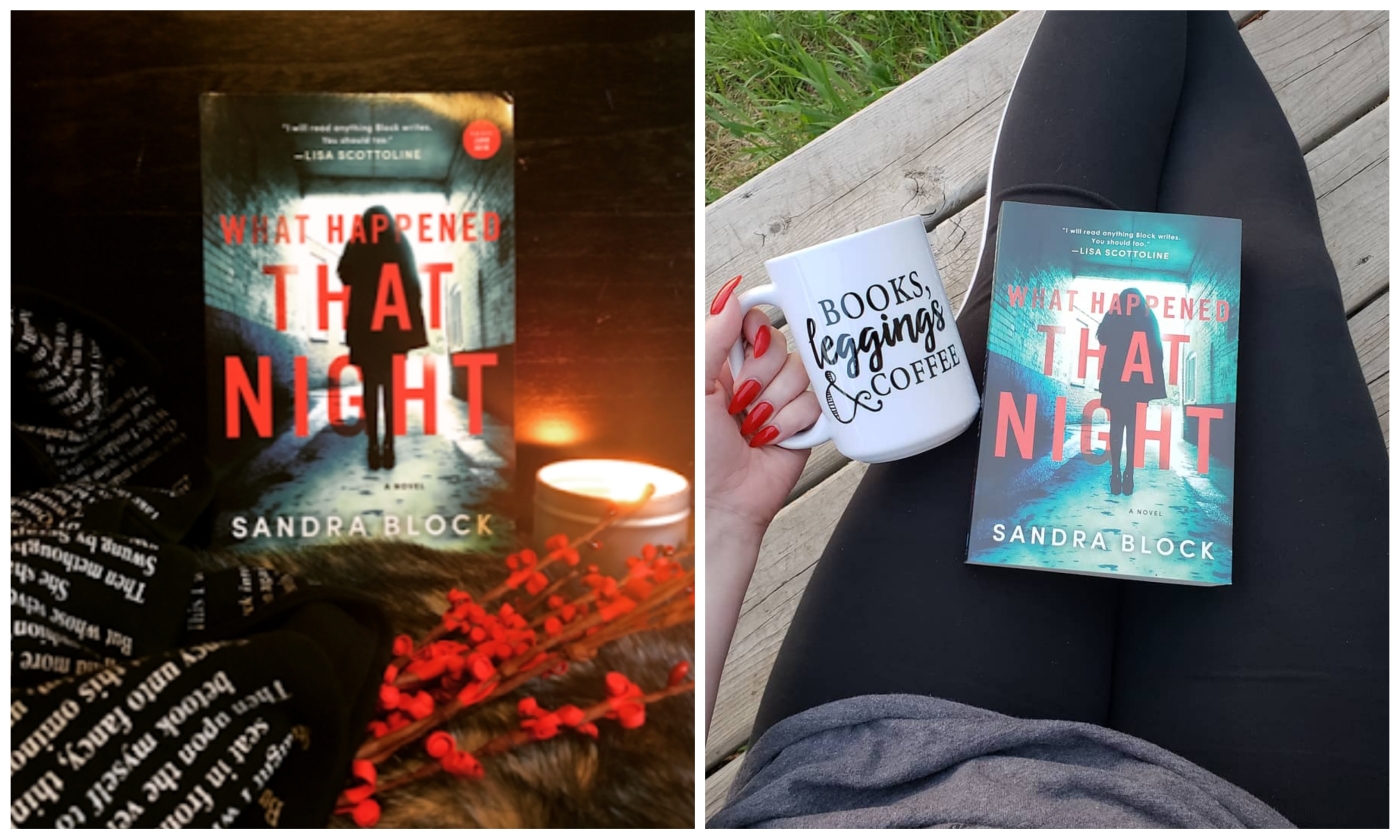 Thanks to Sourcebooks for the free copies in exchange for our honest reviews.

WHAT HAPPENED THAT NIGHT – Sandra Block (out already!) 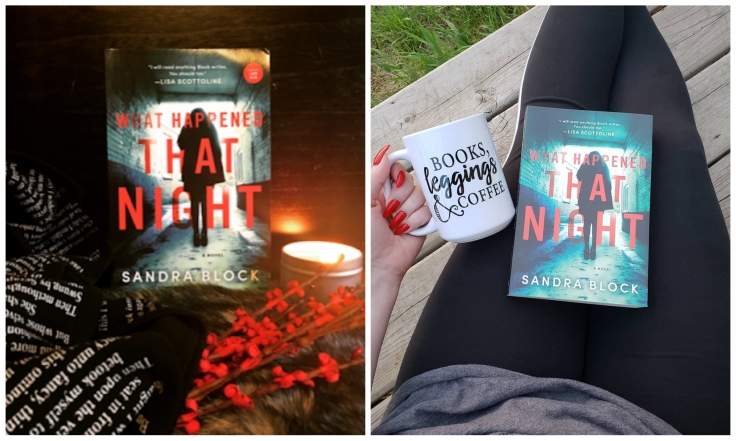 I could not, in a million years, imagine what it’s like to go through the trauma that Dahlia did, have PTSD of the event (that she cannot remember) and then see the attack come online years later.  UFF.  What I LOVE about this book is that the revenge factor is clear – but it’s executed with the code of not killing anyone.

The characters – how do you NOT fall in love with James?!  Absolutely LOVE his character.  The build up of friendship with Dahlia to something more was so much better than any instalove I’ve had to endure through.  This felt so real and sincere between two people who have dealt with tragedy and can understand and accept the other’s quirks.  What’s not to love?!  Dahlia is also such a strong character.  The ups and downs she goes through, the backlash after the attack of blaming the victim (her) from even her own family and how she deals with the consequences of her emotional roller coaster – really heart wrenching and I felt so MUCH for her throughout this read.  My favorite secondary character? Has to be Natasha – I think if you read this book you’ll totally understand why.

Told from the point of view of Dahlia and James with a few chat room chats between the demons of the story, the short chapters keep your attention from page one to the very end.  I felt my eyes drooping at one point but could NOT stop so fought my way through, stayed awake and finished the book.  The author does a great job in putting you right inside the mind of and portraying Dahlia’s heartache, James’s Asberger Syndrome and even the pathetic and entitled minds of the Hawk Club.

There are some graphic parts regarding the attack that may be hard for some readers.  I think the author did it tastefully though and it was necessary to really get you inside Dahlia’s head.

If I had to be picky in any way about this, the ending did feel a teeny bit rushed after all the detail given throughout the rest of the book.  I was so engaged in the characters that I didn’t quite see the little twist!  I knew there was one heading in that direction but my mind, weirdly, wasn’t trying to figure it out and was enjoying the read outside of the twisty part.  I am completely satisfied and could NOT put this book down.  It gave me a little bit of “The Accused” movie with Jody Foster throughout.

Oh sweet, sweet revenge – sometimes it is just SO satisfying

This was my introduction to Sandra Block, and I can’t believe I haven’t picked up more from her in the past! WHAT HAPPENED THAT NIGHT is, at it’s core, a great thriller about revenge. As a warning, it does deal with an assault that the main character endures at the beginning of the book.

Dahlia is attending Harvard and excelling in her classes, but one day she wakes up after a party and discovers that she is a victim of a horrific assault. The part that haunts her the most is that she has absolutely no memory of the event, which leaves her in a deep-seeded rage. Years later, Dahlia suffers from PTSD but is making it day by day as a paralegal. A video surfaces online and for the first time, Dahlia gets to witness her own attack as well as who is to blame.

While Dahlia is an incredible character, the real standout is James. Her best friend James is such a lovable character and Block captures him perfectly. I loved hearing her talk about him at the book tour and how he even became a favorite of hers. The readers are sucked into the minds of Dahlia and James and their emotions and struggles are so real. It’s so easy to connect with them.

Who doesn’t love a great revenge story? I thought it was cleaver having the strict guidelines set that there would be no killing. This had me wondering how she would exact her revenge for the brutal attack she endured. Well, you’ll just have to read to find out. Careful, once you start, you won’t want to stop!

What did you think of this one? Any favorite revenge stories?