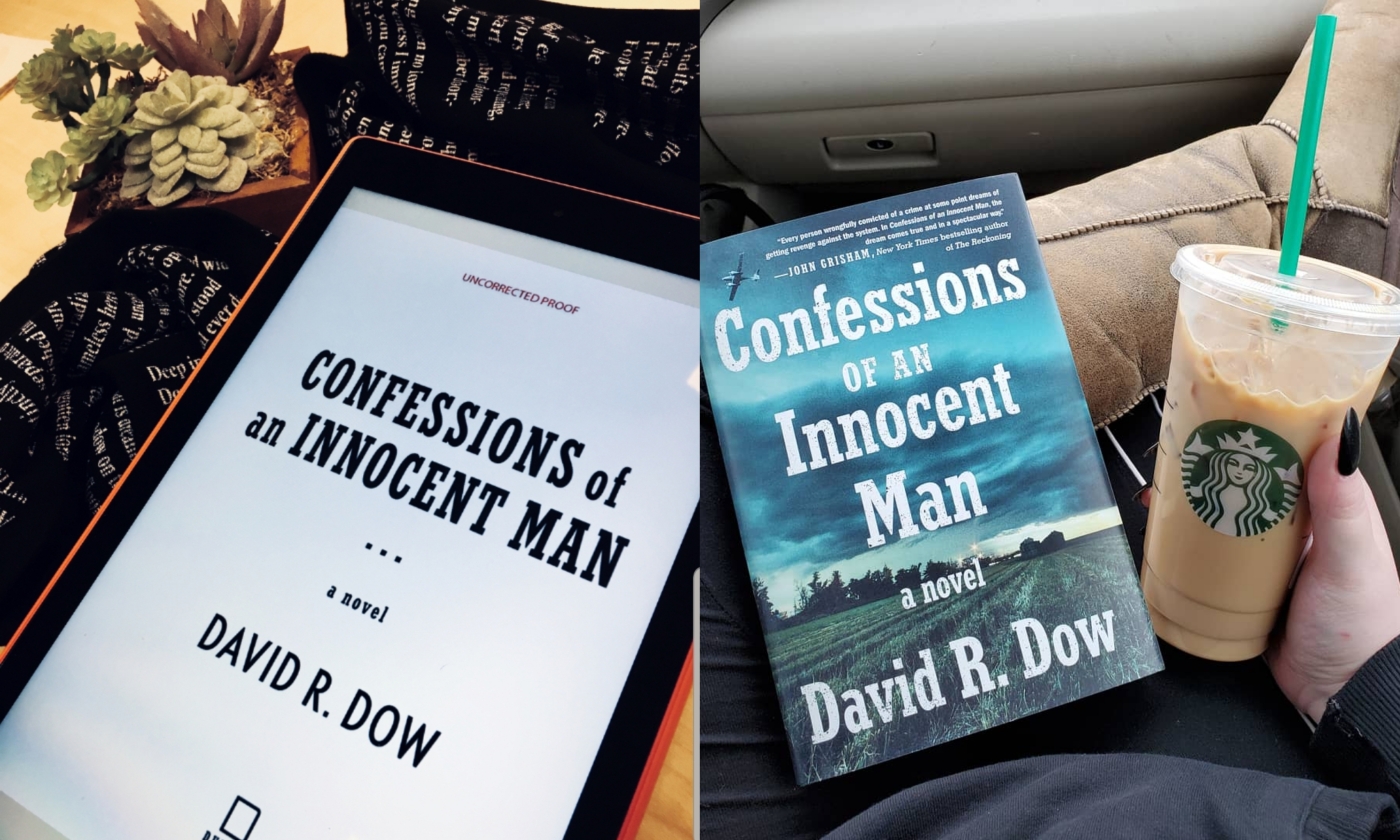 Thanks to Dutton Books for the free copies in exchange for our honest reviews.

CONFESSIONS OF AN INNOCENT MAN – David R. Dow (out now!)

Check out the #allthebookreviews thoughts below. 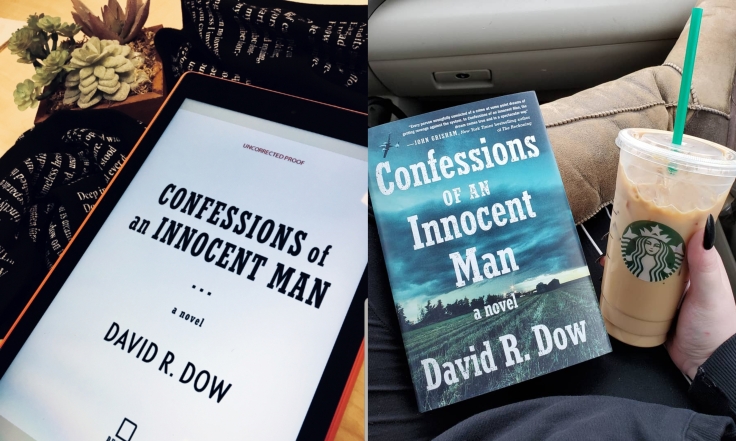 Give me a debut novel where the author takes his own life work and translates this into a work of fiction.  Just give me.  There are SO many loopholes that can be found in the justice system and unfortunately we have seen throughout the decades of the wrongfully accused – some even sent to death.

This story is about Rafael who is convicted and sentenced to die for the murder of his wife.  Put on death row, six years of his life goes by and when he finally does get his freedom, it’s time to make those who put him behind bars pay.

The writing took a little getting used to for me.  At first it felt like when you watch a movie and it’s just the narrator speaking and also doing the voice parts – do you know what I mean? I think it felt that way because the dialogue wasn’t in quotes and that was starting to drive me bonkers – especially as sometimes these moments were in italics and sometimes they were not.  But that could just be an ARC issue.  I did end up getting used to this because the story line just greatly intrigued me.

The author gives you Raf’s life from when he met his wife, their short marriage, his experience through trial and on death row.  I felt like I was right there with him and uff, boy did my heart go out to him. When he gets out and puts a plan in motion – well, DAAAAMMMNNNN. Is this justice? Is there ever such a thing as justice or does it just become a vicious circle of injustice?  I forget exactly what Tieresse (Raf’s wife) said in the book regarding this and I wish I had made note but it made sense to me when I read it.  Either way, the subject matter of capital punishment and all the injustices that come about is extremely well done by the author who is experienced in this subject matter.

If you can get past the writing style a little bit, I think you’ll absolutely enjoy this journey.  Although it’s a work of fiction, the truth behind it certainly gives you something to think about.

Going into this book I wasn’t entirely sure what to expect – was it fiction, was it nonfiction? With so many true crime books out there as well as the documentary series, I wouldn’t have been surprised if that were the case. Well, CONFESSIONS OF AN INNOCENT MAN is fiction but it has the authenticity to it that is feels 100% real.

David R. Dow’s background in working against capital punishment shines through in this book. His knowledge on the topic and experience with death row inmates is very apparent in the details of this novel. You feel what Rafael is feeling as he faces the death penalty, you feel his struggles with trying to prove his innocence and as he tries to remove the title of “murderer” from his name. You’ll be brought through all the emotions with this one but it had the pacing of a thriller. I don’t want to say too much about the details because I loved going into this one blind.

Dow’s knowledge and expertise is evident, but the book doesn’t get too fact heavy. The characters are well-developed and he makes the reader think about capital punishment in a different way. You never really get to see through the eyes of a death row inmate that could potentially be innocent. I think he captured this flawlessly. If you’re a fan of true crime but like the flow of fiction better, then this is perfect for you!

One thought on “#ATBR2019 – Confessions of an Innocent Man by David R. Dow”