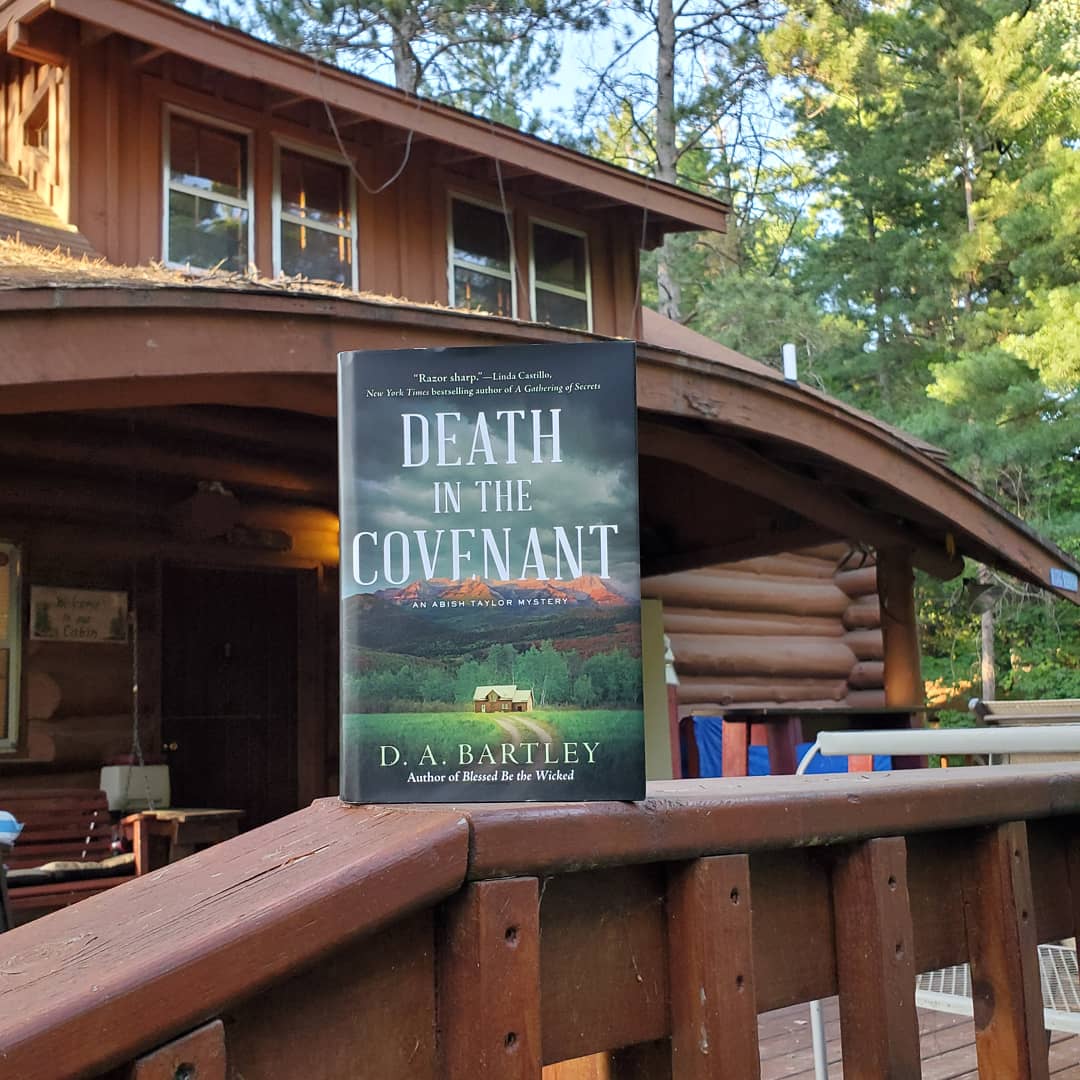 I’m going to the log cabin, so naturally, I had to bring this beauty with me for a photo op!

This is book two in the Abish Taylor series 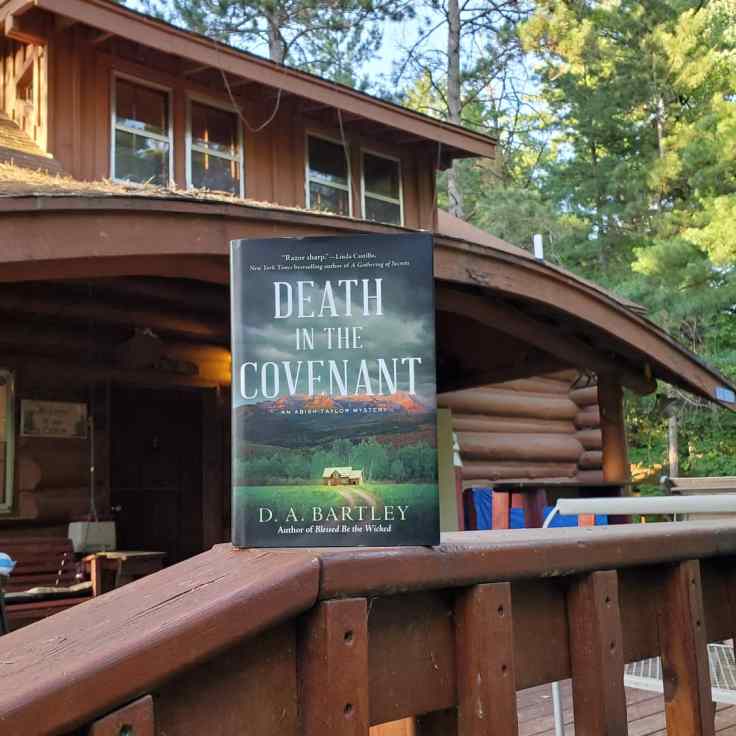 In the wake of Utah’s stringent laws against plural marriage, the growth of the Mormon Church has slowed. Young men are abandoning the Church, leaving their female counterparts unmarried and childless. Now, the church is about to lose one more member…and it may be due to murder.

Detective Abish “Abbie” Taylor returned to the mountain town of Pleasant View, Utah, hoping for a quiet life. But that hope dissipates like a dream when she wakes to an unsettling phone call. Arriving at the scene of a fatal car accident, she discovers that the victim was one of the most beloved leaders of the Church—and an old family friend.

Abbie is skeptical when her father insists someone murdered his friend, but in an attempt to patch up their relationship, she takes a few days off from her job as the sole detective in the police department, and heads to the Colonia Juárez, a former LDS colony in Mexico. There, she uncovers a plan to “seal” young women to church leaders in temple ceremonies, so the women can give birth and the children can be adopted by Mormon families in the United States. But Abbie knows too well that bringing secrets to light can be deadly. Is that why her father’s friend died?

When she returns to the States, some members of the LDS community certainly don’t seem happy that Abbie knows what she knows. Abbie realizes with a jolt that her investigation could cost her father his job. Who is the murderous mastermind of this secret plot? Is it Port, the young Second Counselor to the President of the Church? Bowen, the charismatic Church spokesperson? Does the “accident” victim’s widow know more than she’s told police? Time is running out for Abbie to save her father’s job—and her own life—as dark forces close in, and the outlook for Pleasant View turns decidedly unpleasant.