How could I pass up the opportunity to take a photo of this book next to a lake?

You can see my thoughts on  I KNOW A SECRET by Tess Gerritsen here! 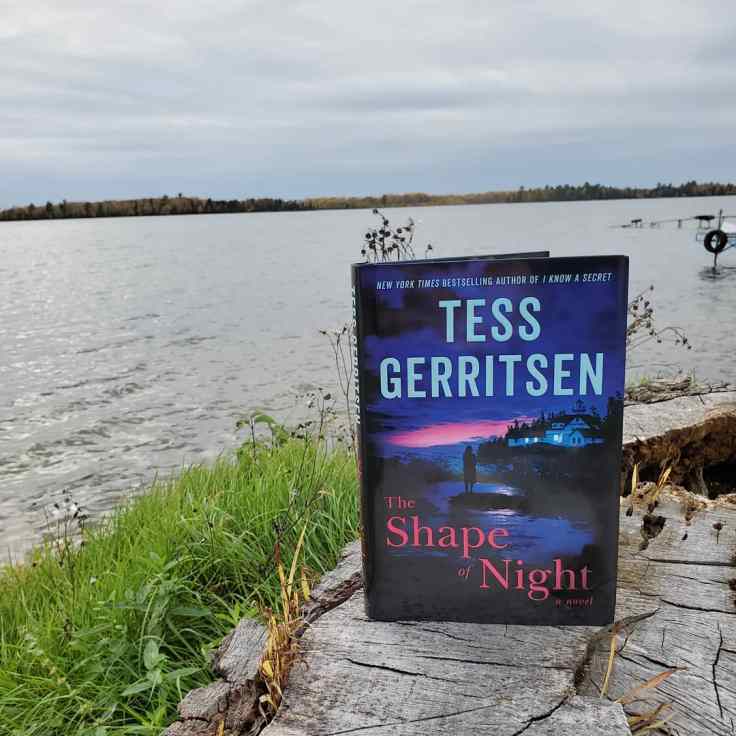 A woman trying to outrun her past is drawn to a quiet coastal town in Maine–and to a string of unsolved murders–in this haunting tale of romantic suspense from New York Times bestselling author Tess Gerritsen.

Ava Collette is punishing herself for an unspeakable tragedy. So she flees Boston and rents an old home named Brodie’s Watch on a remote coastal peninsula of Maine, hoping to work on a cookbook inspired by New England cuisine that she’s been trying to finish for months. She immediately feels at peace in the isolated house–until she starts to hear strange noises.

Rumor has it that a sea captain named Brodie has haunted the house for decades. Then, one night, Ava is awakened to find herself face to face with an apparition who looks–and feels–all too real. Meanwhile, there’s been a series of accidental deaths nearby that don’t add up. And as Ava starts to check into the previous renter’s mysterious disappearance, she starts to realize that there’s a disturbing secret some in town are desperate to keep hidden.

Soon all of Ava’s waking hours are consumed by her investigation, and her nights are ignited by Captain Brodie’s ghostly visits. But even as she questions her own sanity, she knows she must uncover the truth before a killer strikes again.