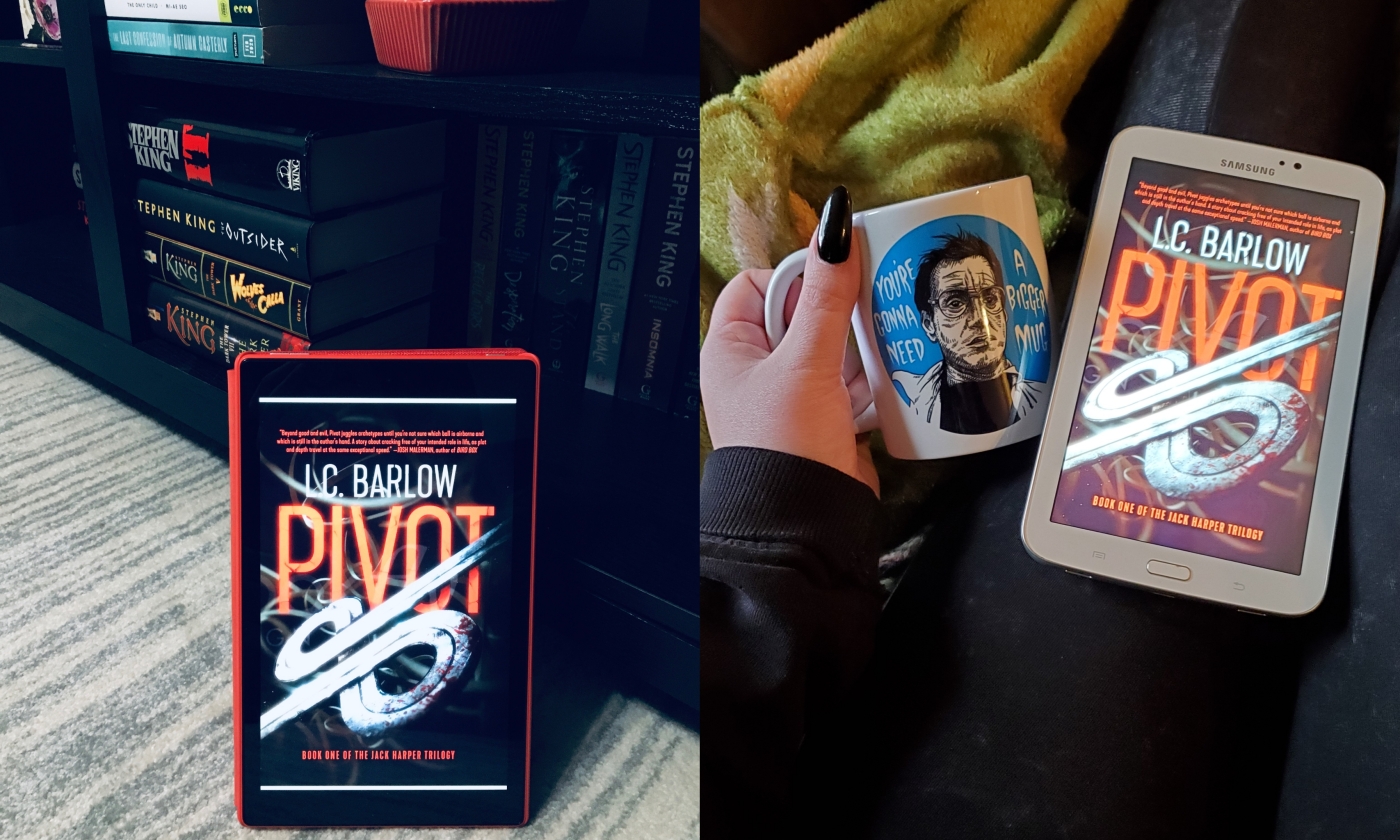 This is book one in the Jack Harper Trilogy 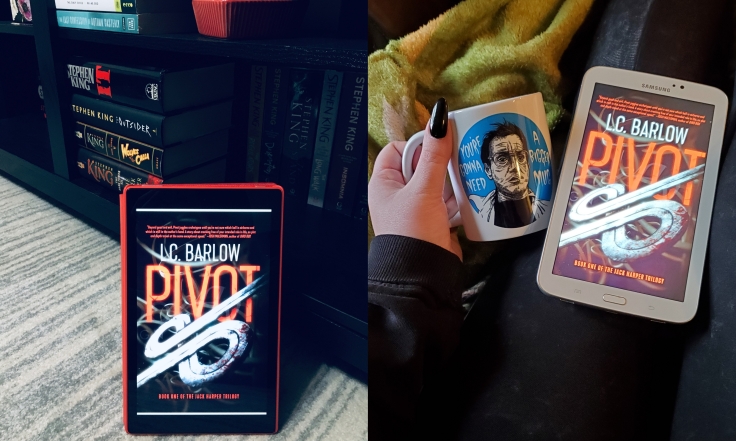 From the age of seven, Jack Harper is raised by the leader of a mystical cult, Cyrus Harper. Through Cyrus, Jack receives a full education in all usual subjects―economics, literature, mathematics, history―as well as one unique skill useful to a person in Cyrus’s position: assassination. With the help of Roland James, a man incapable of dying, Cyrus hones Jack into the perfect weapon to use against all who oppose him.

It is not long, however, before Jack discovers that Cyrus and Roland are not the only ones living in Cyrus’s mansion. There, too, exists a mysterious creature in the depths of the house with supposed immortal magic. According to Roland, this creature is responsible for all the miraculous things Jack has witnessed throughout her childhood, including Roland’s resurrection. The creature, potent and powerful, only weakens in the presence of Cyrus’s red velvet box―a dark, enchanted tool that grants Cyrus his invincibility and ensures his reign.

Lonely and terrified by her life in the cult, under Cyrus’s neverending watch, Jack desperately pursues the mysterious being. When they finally meet, her world is turned upside down, as he offers her more than she could have ever expected―the possibility of escape and her own secret, magical power.

“Yes, yes, murder is poetry… and I have written chapters with knives.”

What a unique and interesting story.  Opening chapter has a man teaching Jack, a seven year old, how to kill.  Instantly intrigued!  I know this has been published previously and after a cursory glance at the reviews after I finished, I wonder if I read the same book as those who read this years ago.  How much did they change as the things people pointed out and didn’t like, I didn’t catch.  How very curious.

What I loved about this is it has a bit of a sorrowful vibe from the get go.  A seven year old kid (named Jack and who I stupidly thought was a boy until 60% in), is primed by Cyrus to be a killing machine as he (Cyrus) works to transcend himself up and above humanity.  This isn’t the work of God.  He is on the other side of the veil and his manipulation and cult like fascination due to certain *powers* he wields, brings forth a purpose with no real ending.  No real reasoning. And for this, I was utterly intrigued.

We see Jack through ten years.  We see how she interacts with Roland and Cyrus and how smart she  is in putting two and four together.  To be honest, the last quarter of the book, while still fascinating, did begin to lose a little bit of luster.  However, it did leave me wondering where does it go from there? But maybe that’s a question that won’t ever be answered and that’s kind of the point. Seeing as this is the first in a trilogy, maybe I will get some answers… but I’m sure if I care to – and I don’t mean that in a bad way. I’ll certainly be side eyeing any red box that comes across my path and I certainly would be interested to see where this trilogy goes.

I know other reviewers have mentioned this as well, but man, talk about an opening to a book. Seven year old Jack is getting a life lesson, and that lesson is in killing. Jack is being trained into a weapon that Cyrus can use and keep at his disposal. Cyrus is the leader of a powerful cult and he has powers beyond Jack’s imagination.

There is plenty of violence to go around in this book, and I can see this not being for everyone. I also know that the first person perspective isn’t a writing style most like – I’m not sure why – but that’s always good to know before starting. This is a book where you need to suspend some reality, this falls into the paranormal/horror fantasy genre. I found this really absorbing and captivating. Barlow was able to keep the pacing up to where I kept saying to myself, “one more chapter”, and that’s always a positive!

We go through a decade with Jack, from age seven to seventeen, and see the growth within the cult. How Cyrus is grooming her to be something she slowly realizes she doesn’t want to be. She knows the secrets to Cyrus’ powers and she is desperate to hold onto her humanity. Oh, I will mention, that I was 100% positive that Jack was a boy for a good portion of the book, oops. There were some questions and things were left open-ended, BUT you have to keep in mind that this is book one in the Jack Harper trilogy. I’m definitely curious to see where things will go from here and where Barlow will take Jack.