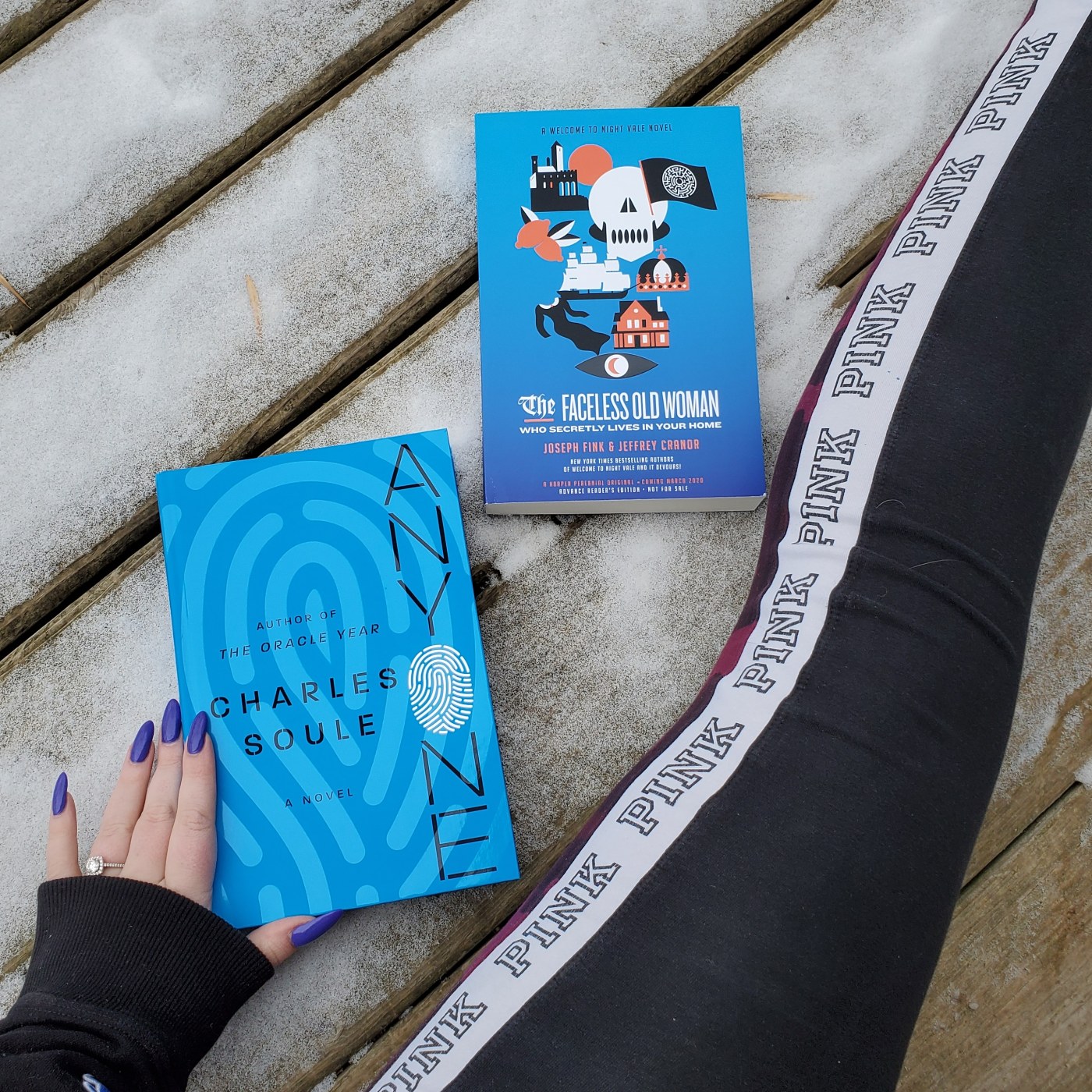 There’s just something about blue books and snow!

Charles Soule brings his signature knowledge—and wariness–of technology to his sophomore novel set in a realistic future about a brilliant female scientist who creates a technology that allows for the transfer of human consciousness between bodies, and the transformations this process wreaks upon the world.

Inside a barn in Ann Arbor, Michigan, a scientist searching for an Alzheimer’s cure throws a switch—and finds herself mysteriously transported into her husband’s body. What begins as a botched experiment will change her life—and the world—forever…

Over two decades later, all across the planet, “flash” technology allows individuals the ability to transfer their consciousness into other bodies for specified periods, paid, registered and legal. Society has been utterly transformed by the process, from travel to warfare to entertainment; “Be anyone with Anyone” the tagline of the company offering this ultimate out-of-body experience. But beyond the reach of the law and government regulators is a sordid black market called the darkshare, where desperate “vessels” anonymously rent out their bodies, no questions asked for any purpose – sex, drugs, crime… or worse.

Anyone masterfully interweaves the present-day story of the discovery and development of the flash with the gritty tale of one woman’s crusade to put an end to the darkness it has brought to the world twenty-five years after its creation. Like Blade Runner crossed with Get Out, Charles Soule’s thought-provoking work of speculative fiction takes us to a world where identity, morality, and technology collide.

From the New York Times bestselling authors of Welcome to Night Vale and It Devours! and the creators of the hit podcast, comes a new novel set in the world of Night Vale and beyond.

In the town of Night Vale, there’s a faceless old woman who secretly lives in everyone’s home, but no one knows how she got there or where she came from…until now. Told in a series of eerie flashbacks, the story of The Faceless Old Woman goes back centuries to reveal an initially blissful and then tragic childhood on a Mediterranean Estate in the early nineteenth century, her rise in the criminal underworld of Europe, a nautical adventure with a mysterious organization of smugglers, her plot for revenge on the ones who betrayed her, and ultimately her death and its aftermath, as her spirit travels the world for decades until settling in modern-day Night Vale.

Interspersed throughout is a present-day story in Night Vale, as The Faceless Old Woman guides, haunts, and sabotages a man named Craig. In the end, her current day dealings with Craig and her swashbuckling history in nineteenth century Europe will come together in the most unexpected and horrifying way.

Part The Haunting of Hill House, part The Count of Monte Cristo, and 100% about a faceless old woman who secretly lives in your home.