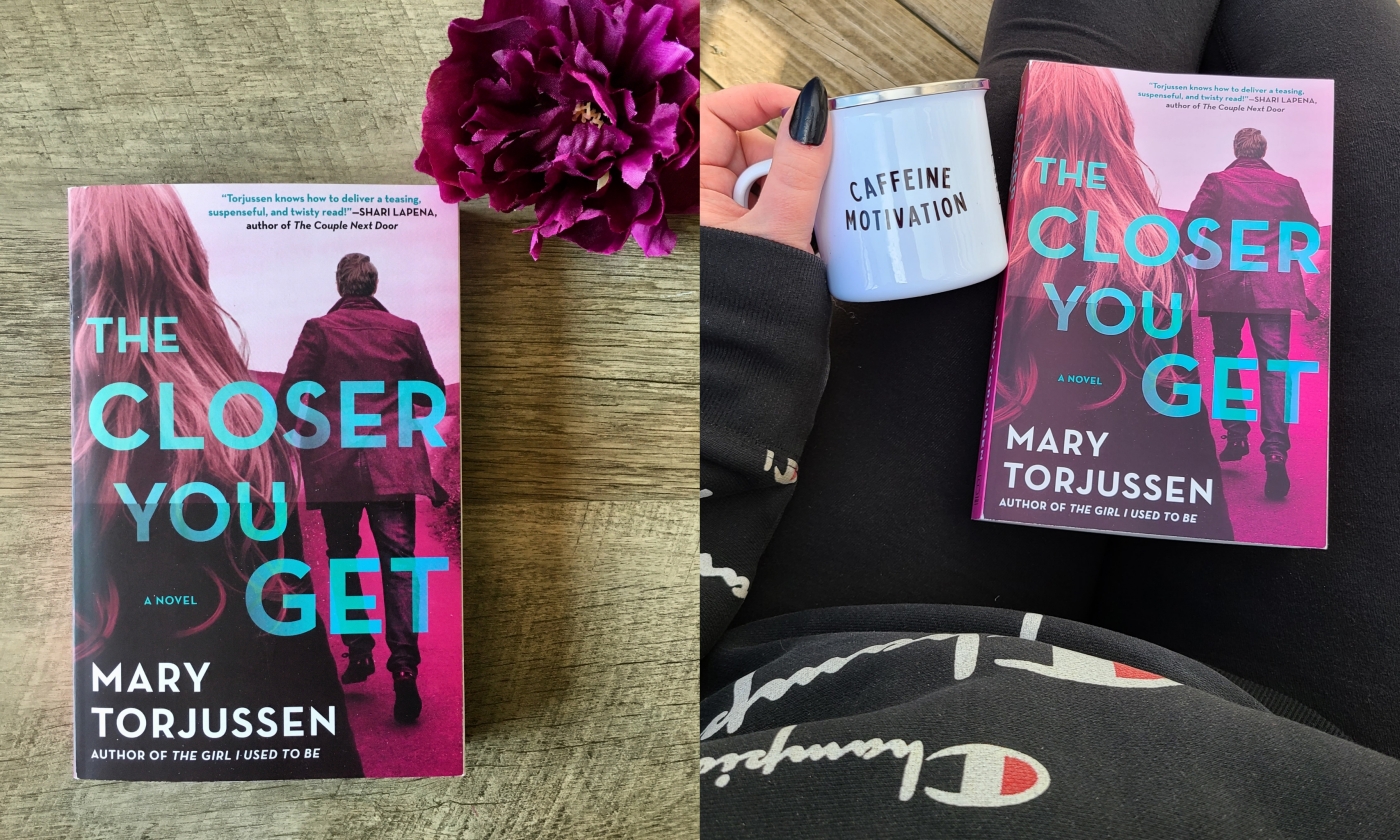 THE CLOSER YOU GET – Mary Torjussen

You can see my thoughts on Torjussen’s previous release, THE GIRL I USED TO BE, here

They promised to tell their spouses they were leaving and then meet to begin their new life together. But he never shows up.

A new twisting novel of psychological suspense from the acclaimed author of Gone Without a Trace.

Coworkers Ruby and Harry are in love–but they’re married to other people. They decide to tell their spouses that their marriages are over and to start their new lives together. Ruby, who has wanted to leave her controlling husband for a while, tells him she’s leaving him and waits at the hotel where she and Harry are to meet. But Harry never shows up.

Suddenly, Ruby’s life has fallen apart, and she’s lost everything. Harry won’t answer her calls, and she’s fired from her job. She finds a cheap apartment in a run-down part of town, all the while wondering what happened to Harry.

Just as Ruby thinks she’s hit rock bottom, strange and menacing things start to happen–someone is sneaking into her apartment, and someone is following her home late at night–and she is going to have to fight for her survival.

What a fun read – precisely what my mind needed to be occupied with today.  Btw, someone had to tell me that today was Friday because I was convinced it was Saturday…. When I first started this read, I instantly thought this to be a slow burn suspense.  Sometimes you just know right away, right? But the thing is, it is and it isn’t.

This is a domestic drama, starts off at a prance and then trots to the finish.  While this isn’t really something new in terms of plot, the pacing had me engaged for the entirety and the red herrings are plentiful! I enjoyed every single little piece as it was put together with the rest of the pieces that led us to a few reveals.  While these aren’t ‘slap you in the face’ reveals, they do raise your eyebrow.  Welcome to the minds of Ruby and Emma, the wives involved and both of them surprised me, but definitely more one than the other.  Have no idea what I’m talking about? READ THIS BOOK. *wink*

With all the chaos currently going on in the world, sometimes you just need a solid book to get pulled into. Well, THE CLOSER YOU GET by Mary Torjussen did exactly that for me. A solid domestic drama/suspense read with a pacing that moves along just enough to keep your curiosity piqued. I’ve read a couple other books by Torjussen and I still love her writing style and the way she pieces everything together for us as the story progresses.

While this might feel similar to other domestic dramas/suspense reads there is still plenty to keep you guessing. Plenty of red herrings to keep you on your toes and while the reveal wasn’t anything earth-shattering for me, I did enjoy it. I would highly recommend this one to those that are needing a little escape and book to binge read, because Torjussen will string you along from start to finish and you won’t want to put it down.