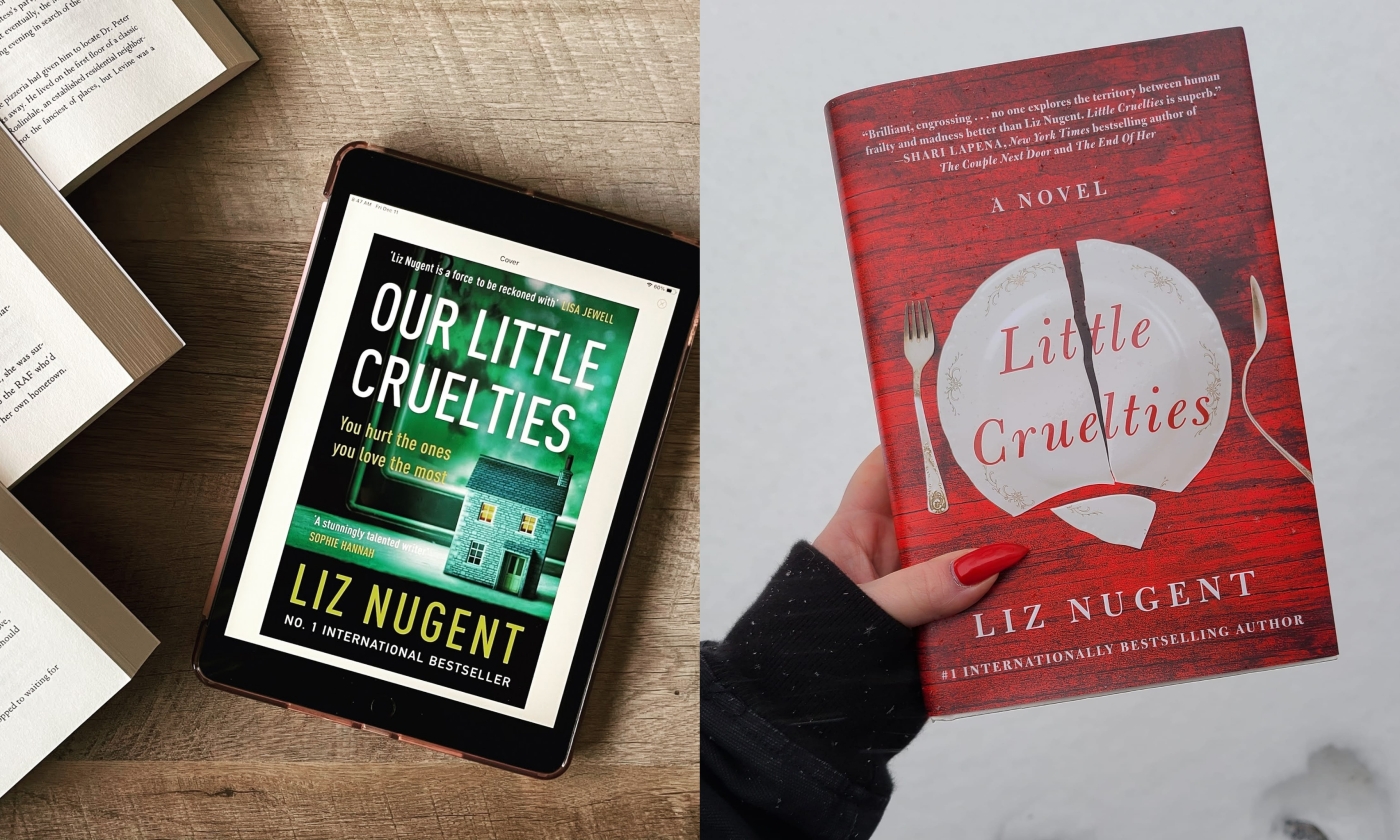 This story begins with a funeral. One of three brothers is dead, mourned by his siblings. But which one? And how? And, most importantly: why?

William, Brian, and Luke are each born a year apart in a lower middle class Catholic family in 1960s Dublin. William, the eldest, rises to the top of the heap in the film industry as a successful movie producer. Luke, the baby of the family, surprises everyone by morphing into a worldwide pop star. Brian, the compliant middle son, is the eternal adult in the room: the helpful, steady one, the manager of finances and careers.

But none of them is actually quite what he seems. Wounded by childhood, they have betrayed one another in myriad ways, hiding behind little lies that have developed into full blown treachery. With an unnerving eye for the complexities of families, Nugent delves into the secret life of a deeply troubled household and provides stunning insights into the many forces that shape us from childhood.

Nugent, I am a FAN! I’m STILL thinking about LYING IN WAIT and now…. OUR LITTLE CRUELTIES.  Thriller fans may be a bit put off as this (will feel) less thriller and more family drama but fear not, it does still hold quite an impact.

Three brothers.  Though growing up in the same house, had vastly different childhoods.  They dealt with their growing pains in their own ways while either being ignored or not cared for as properly as they could have been by their parents – a mother who was a performer and trying to hold on to all her glory and an older father who was just doing his best to endure it all.  We get the full POVs of each brother in their own sections.  Admittedly, sometimes this can seem quite repetitive and can get a little hazy eyed for the reader.

However, Nugent brilliantly showcases how while we may be in the same place with another, our experiences and memories of that particular point in time can be vastly different.
Deceit, lies, betrayal, back stabbing… we’ve got it all readers. As I continued to read each point of view something new would click in place. CLICK.  Like a puzzle piece that made other scenarios much more clear.  It made me imagine how others perceived the same scenarios I was in with them.  But I digress…..

I despised all of these characters.  Except maybe Daisy.  It wasn’t until one part happened that my mouth dropped and I knew this was a 5 star read for me. HOLY FUCK.  I think this is going to be a very divisive read and for that, I thank you Nugent.  These are my favorite as the fine line drawn really makes for the BEST conversations.  Personally, I appreciate everything that was happening and how it all played out.

I’ve been a fan of Nugent since picking up LYING IN WAIT – a book that I couldn’t put down and that ending! Her newest, LITTLE CRUELTIES, was high on my list for anticipated reads for 2020. So I was excited having this be the #BuddyReadsToDieFor December selection. Let me tell you, this was one hell of a crazy ride and I enjoyed every page of it. I think it’s good to keep in mind that I wouldn’t consider this a true thriller, more of a domestic suspense/mystery. That doesn’t mean that the pacing was slow, in fact, I flew through it.

There’s not a single likeable character in the bunch, but that’s not a complaint! Sometimes you need characters you can hate. Plenty of lies, betrayal, back-stabbing, and family dysfunction to keep the suspense building. These brothers are just awful. All are successful and appear to be well-adjusted – William is a film producer, Luke is a famous singer, and Brian is Luke’s manager. If you think your siblings are bad, just wait until you get to know the Drumm brothers.

Nugent developed these incredibly flawed brothers to perfection and brought them to life. If you enjoy more character study mystery/suspense novels, then this needs to be on your TBR. LITTLE CRUELTIES solidified Liz Nugent as an auto-buy author for me and I’m anxious to see what’s coming next! I can see this being a little more divisive between thriller fans but that’ll make for a fun book discussion.

One thought on “#BuddyReadsToDieFor – #ATBR2020 – Little Cruelties by Liz Nugent”