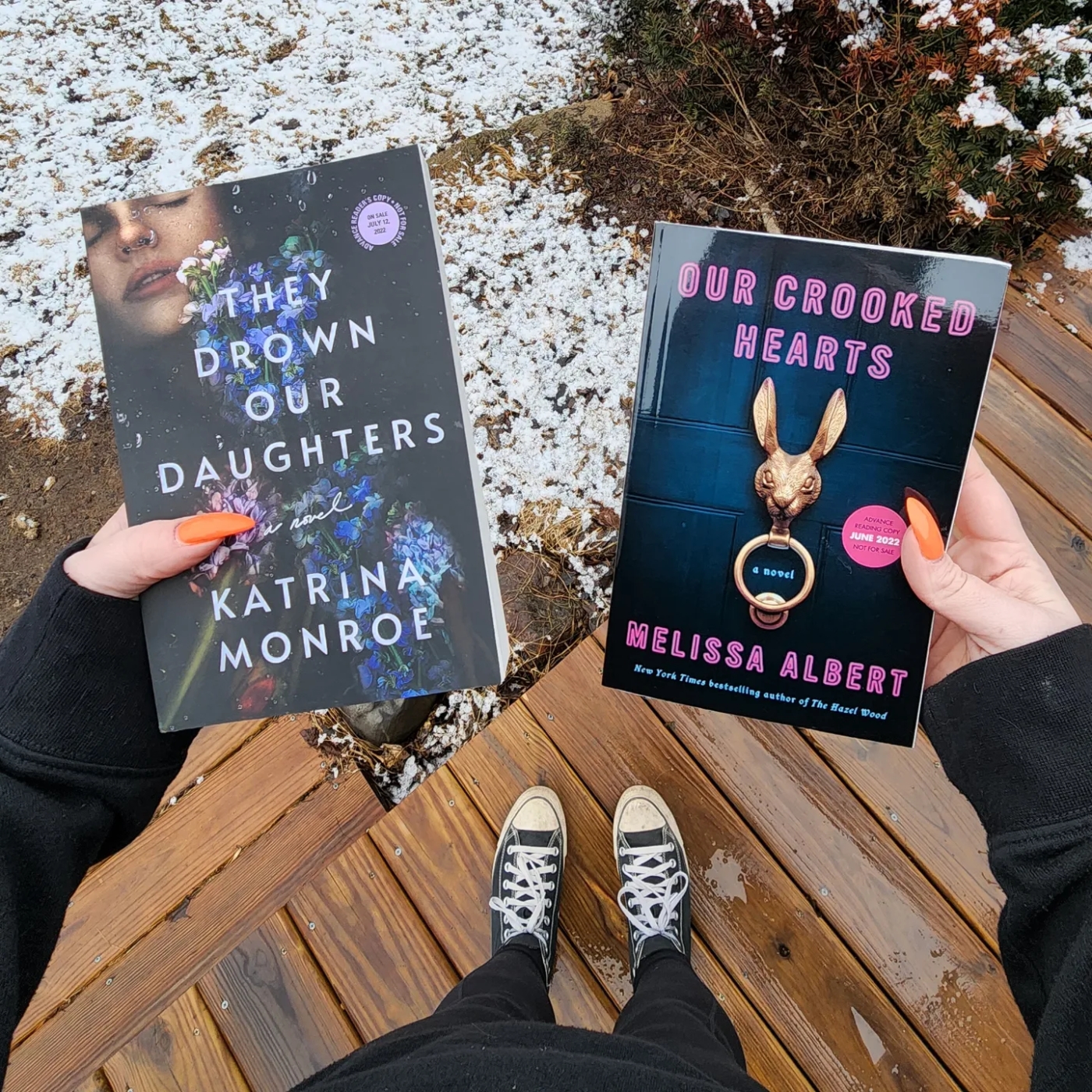 Some book mail I’m excited for!

THEY DROWN OUR DAUGHTERS – Katrina Monroe (Releasing July 12th, 2022 – Thanks to Poisoned Pen Press for the gifted copy)

For fans of Jennifer McMahon and Silvia Moreno-Garcia comes a haunting and atmospheric new novel from debut author Katrina Monroe.

If you can hear the call of the water,
It’s already far too late.

They say Cape Disappointment is haunted. That’s why tourists used to flock there in droves. They’d visit the rocky shoreline under the old lighthouse’s watchful eye and fish shells from the water as they pretended to spot dark shapes in the surf. Now the tourists are long gone, and when Meredith Strand and her young daughter return to Meredith’s childhood home after an acrimonious split from her wife, the Cape seems more haunted by regret than any malevolent force.

But her mother, suffering from early stages of Alzheimer’s, is convinced the ghost stories are real. Not only is there something in the water, but it’s watching them. Waiting for them. Reaching out to Meredith’s daughter the way it has to every woman in their line for generations-and if Meredith isn’t careful, all three women, bound by blood and heartbreak, will be lost one by one to the ocean’s mournful call.

Part modern gothic, part ghost story, They Drown Our Daughters explores the depths of motherhood, identity, and the lengths a woman will go to hold on to both.

OUR CROOKED HEARTS – Melissa Albert (Releasing June 28th, 2022 – Thanks to Flatiron Books for the gifted copy)

Seventeen-year-old Ivy’s summer break kicks off with an accident, a punishment, and a mystery: a stranger whose appearance in the middle of the road, in the middle of the night, heralds a string of increasingly unsettling events. As the days pass, Ivy grapples with eerie offerings, corroded memories, and a secret she’s always known—that there’s more to her mother than meets the eye.

Dana has always been perceptive. And the summer she turns sixteen, with the help of her best friend and an ambitious older girl, her gifts bloom into a heady fling with the supernatural, set in a city of magical possibilities and secret mystics. As the trio’s aspirations darken, they find themselves speeding toward a violent breaking point.

Years after it began, Ivy and Dana’s shared story will come down to a reckoning among a daughter, a mother, and the dark forces they never should’ve messed with.