It’s book tour day! I’ve been hearing so many incredible things about this book and I was so excited to be apart of the book tour with TLC Book Tours.

Thanks to William Morrow and TLC Book Tours for the copy in exchange for my honest review!

THE WOMEN IN THE CASTLE – Jessica Shattuck 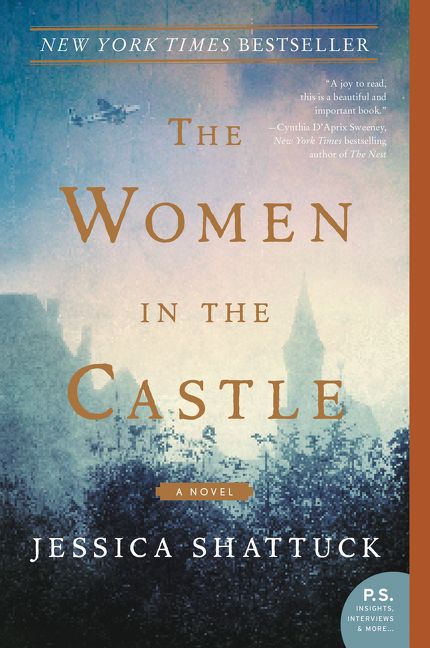 Three women, haunted by the past and the secrets they hold

Set at the end of World War II, in a crumbling Bavarian castle that once played host to all of German high society, a powerful and propulsive story of three widows whose lives and fates become intertwined—an affecting, shocking, and ultimately redemptive novel from the author of the New York Times Notable Book The Hazards of Good Breeding.

Amid the ashes of Nazi Germany’s defeat, Marianne von Lingenfels returns to the once-grand castle of her husband’s ancestors, an imposing stone fortress now fallen into ruin following years of war. The widow of a resister murdered in the failed July 20, 1944, plot to assassinate Adolf Hitler, Marianne plans to uphold the promise she made to her husband’s brave conspirators: to find and protect their wives, her fellow resistance widows.

First Marianne rescues six-year-old Martin, the son of her dearest childhood friend, from a Nazi reeducation home. Together, they make their way across the smoldering wreckage of their homeland to Berlin, where Martin’s mother, the beautiful and naive Benita, has fallen into the hands of occupying Red Army soldiers. Then she locates Ania, another resister’s wife, and her two boys, now refugees languishing in one of the many camps that house the millions displaced by the war.

As Marianne assembles this makeshift family from the ruins of her husband’s resistance movement, she is certain their shared pain and circumstances will hold them together. But she quickly discovers that the black-and-white, highly principled world of her privileged past has become infinitely more complicated, filled with secrets and dark passions that threaten to tear them apart. Eventually, all three women must come to terms with the choices that have defined their lives before, during, and after the war—each with their own unique share of challenges.

Written with the devastating emotional power of The Nightingale, Sarah’s Key, and The Light Between Oceans, Jessica Shattuck’s evocative and utterly enthralling novel offers a fresh perspective on one of the most tumultuous periods in history. Combining piercing social insight and vivid historical atmosphere, The Women in the Castle is a dramatic yet nuanced portrait of war and its repercussions that explores what it means to survive, love, and, ultimately, to forgive in the wake of unimaginable hardship.

I’m a big fan of historical fiction, and this book has always been one that had me curious since I originally saw it release. As with many other historical fiction fans, the World War II era seems to be a favorite in this genre, so another reason that it piqued my interest. THE WOMEN IN THE CASTLE by Jessica Shattuck is in the post WWII era and is about how the lives of three women become intertwined with one another.

Taking place years after the war, Marianne is now a widow and has taken on the role as the protector of the women and children of the resistance. While trying her hardest to track down others, she manages to find Benita, her oldest friend’s widow, and the widow of another resister, Ania. These three German women have one thing in common, their husbands were all apart of the resistance against Hitler. They settle into Burg Ligenfels, an old and remote Bavarian castle, and create their own makeshift family.

The relationships between the three women are complex and full of guilt, lies, and they find themselves often competing with each other’s beliefs. There were a couple parts where the pace slowed down, but it did not take away from the overall feel of the novel. Marianne is definitely a character I can see readers being frustrated with – what would a story be without one of those characters?

Overall, if you’re a fan of World War II era fiction then this would probably be right up your alley. This novel does take a different approach than most and was so beautifully written. It kept me captivated from start to finish. 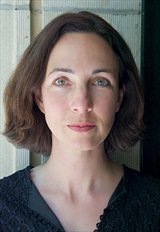 Jessica Shattuck is the New York Times bestselling author of The Women in the Castle, The Hazards of Good Breeding, a New York Times Notable Book and finalist for the PEN/Winship Award, and Perfect Life. Her writing has appeared in the New York Times, The New Yorker, Glamour, Mother Jones, and Wired, among other publications.

Where to Purchase the Book: