Thanks to Bloodhound Books and to the author for the free advanced ebook copy in exchange for my honest review.

I loved Ashman’s Mechanic series and would highly recommend picking those ones up! You can see my reviews for book one, two, and three 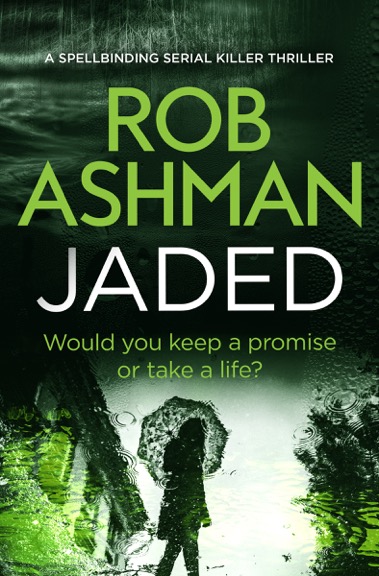 A body washes up on a Blackpool beach, tortured and shot through the head.

A man is found in an alleyway with his throat ripped open.

A woman is murdered in a hospital bed.

DI Roz Kray’s private life is a mess as she struggles to unravel a baffling case and DCI Dan Bagley is hell-bent on making her working life a misery. Billy Ellwood is a chameleon. What forced him to disappear eighteen years ago? And what was the promise he made?
When Kray makes a shattering discovery it rocks her world to the core. The stakes could not be higher. This time it’s all or nothing and Kray is going to have to gamble with her life…

Rob Ashman is at it again! I loved The Mechanic series and started a little late in the DI Roz Kray’s series, but that doesn’t mean I’m not loving it. I will always be impressed with the consistency in Ashman’s books – always fast paced, always gruesome and gritty, and the continued development of our beloved lead characters. I’ve also enjoyed seeing such strong, yet incredibly human, female leads throughout his books. I would highly recommend picking up his Mechanic series (don’t read those out of order, thought!) and starting the DI Roz Kray books as well.

A man brutally tortured and shot in the head washes up on shore. A man left in an alleyway with his throat ripped open. A woman is killed in her hospital bed. All seem to be random acts of violence, but DI Roz Kray is on the case to see what connects them. We get some snippets of the story from Billy’s perspective. A man that is able to blend into his surroundings without detection and who seemingly disappeared decades ago. Ashman has always done an excellent job pulling us into the minds of the killers and seeing things from their perspectives and learning their motives. You know it’s written well when you actually are sympathetic to the killer and feel almost nothing for their victims. Crazy, right?

Overall, I would highly recommend picking up anything from Ashman. You won’t be disappointed and I hope to continue the series and even go back and pick up the two books that I missed.

Rob is married to Karen with two grown up daughters. He is originally from South Wales and after moving around with work settled in North Lincolnshire where he’s spent the last twenty-two years. Like all good welsh valley boys Rob worked for the National Coal Board after leaving school at sixteen and went to University at the tender age of twenty- three when the pit closures began to bite. Since then he’s worked in a variety of manufacturing and consulting roles both in the UK and abroad.

It took Rob twenty-four years to write his first book. He only became serious
about writing it when his dad got cancer. It was an aggressive illness and Rob
gave up work for three months to look after him and his mum. Writing Those
That Remainbecame his coping mechanism. After he wrote the book his family
encouraged him to continue, so not being one for half measures, Rob got
himself made redundant, went self-employed so he could devote more time to
writing and four years later the Mechanic Trilogy is the result.

When he is not writing, Rob is a frustrated chef with a liking for beer and
prosecco, and is known for occasional outbreaks of dancing. Rob will be publishing all three books in the Mechanic Trilogy with Bloodhound Books – the second novel is titled In Your Name and the third is called Pay The Penance.

One thought on “Blog Blitz & Review – Jaded by Rob Ashman”