Thanks to Kensington Books and TLC Book Tours for the free copy in exchange for my honest review and my tour spot. 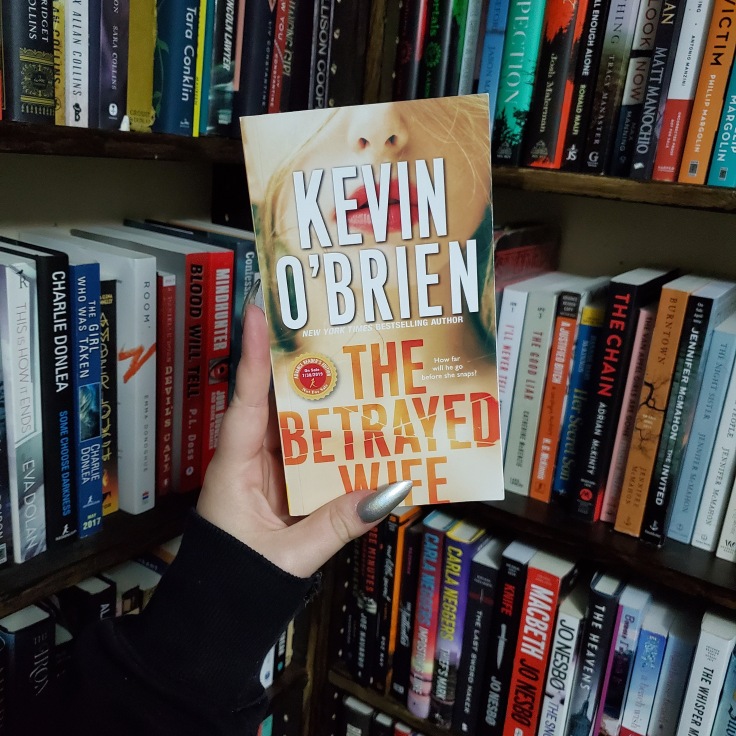 Sheila O’Rourke has always known her husband isn’t perfect. Who is? But things have been better since they moved to Seattle to make a fresh start. So much so that when sixteen-year-old Eden turns up, claiming to be Dylan’s child by another woman, Sheila tries to be welcoming.

At first, Sheila feels sympathy for the girl. Eden’s mother recently fell to her death in an incident with unsettling parallels to Sheila’s past. Still, Eden is a difficult house guest, sowing discord among the family. Sheila has already been on edge for weeks, receiving anonymous texts, noticing odd noises coming from the house next door. And that’s just the start.

Sheila wants to trust Dylan. She wants to feel safe in her own home. But no one can hurt you more easily than the ones closest to you . . . the ones you keep believing until it’s too late . . .

KEVIN O’BRIEN grew up in Chicago’s North Shore, but now lives in Seattle, Washington, where he is currently working on his next thriller. Readers can visit his website at kevinobrienbooks.com.