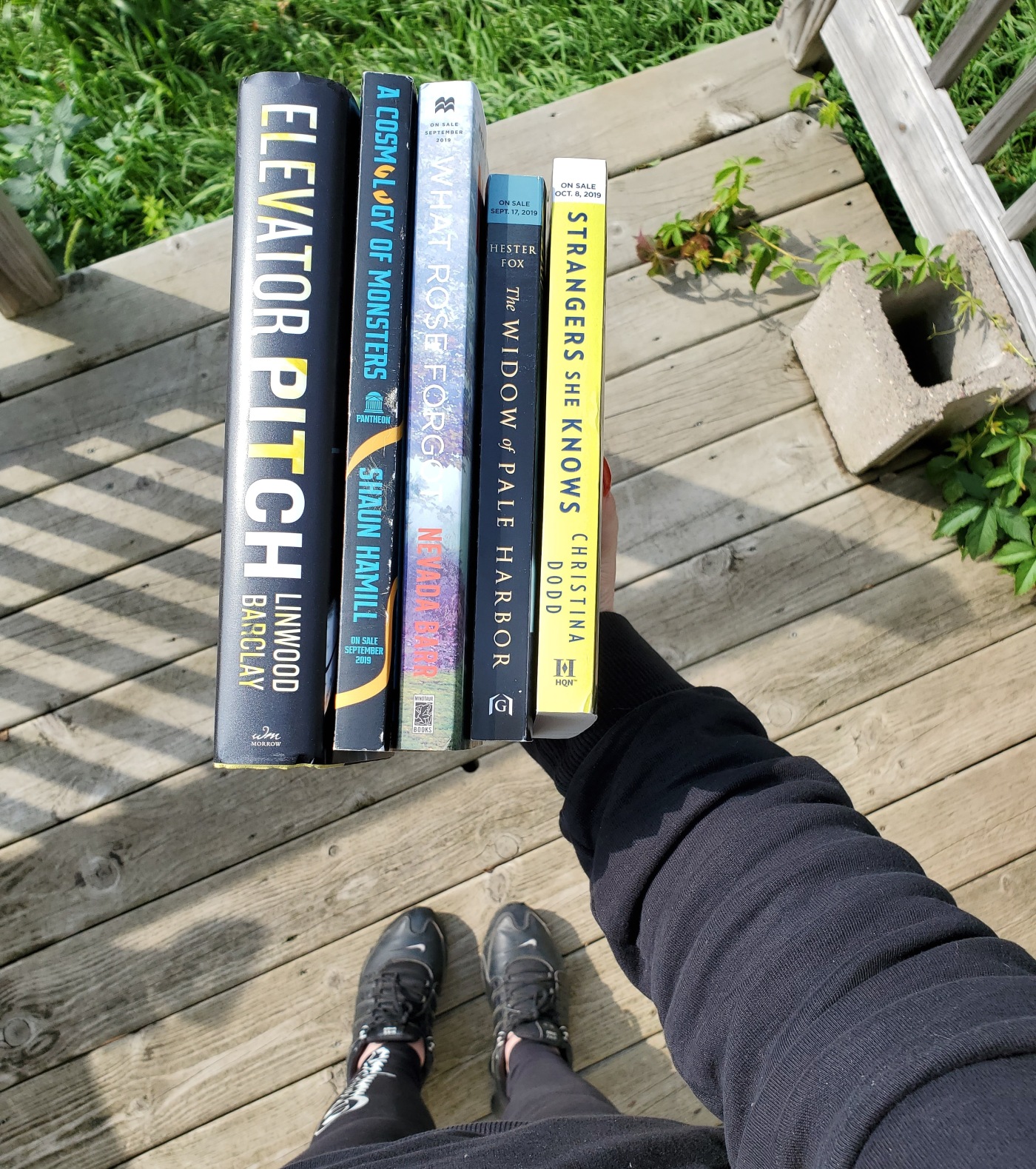 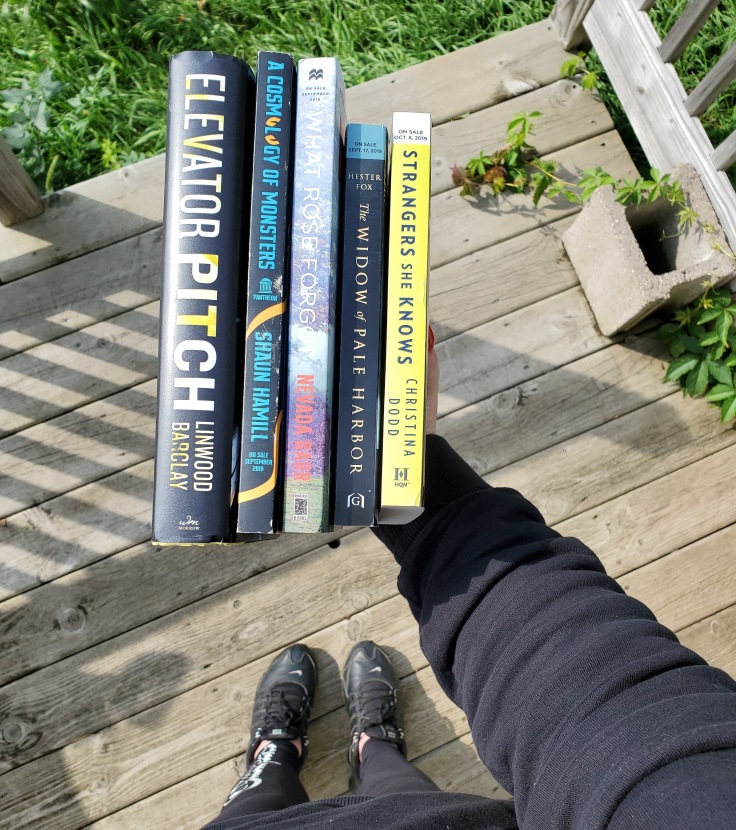 Maine, 1846. Gideon Stone is desperate to escape the ghosts that haunt him in Massachusetts after his wife’s death, so he moves to Pale Harbor, Maine, where there is a vacancy for a new minister. Gideon and his late wife had always dreamed of building their own church, and Pale Harbor is the perfect opportunity.

But not all is as it seems in the sleepy town of Pale Harbor. Strange, unsettling things have been happening, and the townspeople know that only one person can be responsible: Sophronia Carver, a widow who lives with a spinster maid in the decaying Castle Carver on the edge of town. Sophronia is a recluse, rumored to be a witch who killed her husband.

When Gideon meets her, he knows the charming, beautiful woman cannot be guilty of anything. Together, Gideon and Sophronia realize that the mysterious events have one thing in common: they all contain an element from the wildly popular stories of Mr. Edgar Allan Poe. And when the events escalate to murder, Gideon and Sophronia must find the real killer, before it’s too late for them both.

Rose Dennis wakes up in a hospital gown, her brain in a fog, only to discover that she’s been committed to an Alzheimer’s Unit in a nursing home. With no memory of how she ended up in this position, Rose is sure that something is very wrong. When she overhears one of the administrators saying about her that she’s “not making it through the week,” Rose is convinced that if she’s to survive, she has to get out of the nursing home. She avoids taking her medication, putting on a show for the aides, then stages her escape.

The only problem is—how does she convince anyone that she’s not actually demented? Her relatives were the ones to commit her, all the legal papers were drawn up, the authorities are on the side of the nursing home, and even she isn’t sure she sounds completely sane. But any lingering doubt Rose herself might have had is erased when a would-be killer shows up in her house in the middle of the night. Now Rose knows that someone is determined to get rid of her.

With the help of her computer hacker/recluse sister Marion, thirteen-year old granddaughter Mel, and Mel’s friend Royal, Rose begins to gather her strength and fight back—to find out who is after her and take back control of her own life. But someone out there is still determined to kill Rose, and they’re holding all the cards.

I have three deadly problems:
1. I’ve seriously offended a maniacal killer.
2. I just had a bullet removed from my brain.
3. My new daughter is growing up too fast–and she’s in the line of fire.

Living on an obscure, technology-free island off California means safety from the murderer who hunts Kellen Adams and her new family…. Or does it? Family time becomes terror-time, and at last, alone, Kellen faces a killer playing a cruel game. Only one can survive, and Kellen knows who must win…and who must die.

Even good people are drawn to do evil things…

Twelve-year-old Rain Winter narrowly escaped an abduction while walking to a friend’s house. Her two best friends, Tess and Hank, were not as lucky. Tess never came home, and Hank was held in captivity before managing to escape. Their abductor was sent to prison but years later was released. Then someone delivered real justice—and killed him in cold blood.

Now Rain is living the perfect suburban life, her dark childhood buried deep. She spends her days as a stay-at-home mom, having put aside her career as a hard-hitting journalist to care for her infant daughter. But when another brutal murderer who escaped justice is found dead, Rain is unexpectedly drawn into the case. Eerie similarities to the murder of her friends’ abductor force Rain to revisit memories she’s worked hard to leave behind. Is there a vigilante at work? Who is the next target? Why can’t Rain just let it go?

Introducing one of the most compelling and original killers in crime fiction today, Lisa Unger takes readers deep inside the minds of both perpetrator and victim, blurring the lines between right and wrong, crime and justice, and showing that sometimes people deserve what comes to them.

It all begins on a Monday, when four people board an elevator in a Manhattan office tower. Each presses a button for their floor, but the elevator proceeds, non-stop, to the top. Once there, it stops for a few seconds, and then plummets.

Right to the bottom of the shaft.

It appears to be a horrific, random tragedy. But then, on Tuesday, it happens again, in a different Manhattan skyscraper. And when Wednesday brings yet another high-rise catastrophe, one of the most vertical cities in the world—and the nation’s capital of media, finance, and entertainment—is plunged into chaos.

Clearly, this is anything but random. This is a cold, calculated bid to terrorize the city. And it’s working. Fearing for their lives, thousands of men in women working in offices across the city refuse leave their homes. Commerce has slowed to a trickle. Emergency calls to the top floors of apartment buildings go unanswered.

Who is behind this? Why are they doing it? What do these deadly acts of sabotage have to do with the fingerless body found on the High Line? Two seasoned New York detectives and a straight-shooting journalist must race against time to find the answers before the city’s newest, and tallest, residential tower has its ribbon-cutting on Thursday.

With each diabolical twist, Linwood Barclay ratchets up the suspense, building to a shattering finale. Pulsating with tension, Elevator Pitch is a riveting tale of psychological suspense that is all too plausible . . . and will chill readers to the bone.

His father saw them–and built a shrine to them with The Wandering Dark, an immersive horror experience that the whole family operates.

His practical mother has caught glimpses of terrors but refuses to believe–too focused on keeping the family from falling apart.

And his eldest sister, the dramatic and vulnerable Sydney, won’t admit to seeing anything but the beckoning glow of the spotlight . . . until it swallows her up.

Noah Turner sees monsters. But, unlike his family, Noah chooses to let them in . . .