Ok, so this is an exciting moment for me. I’m quoted on the back of a book! 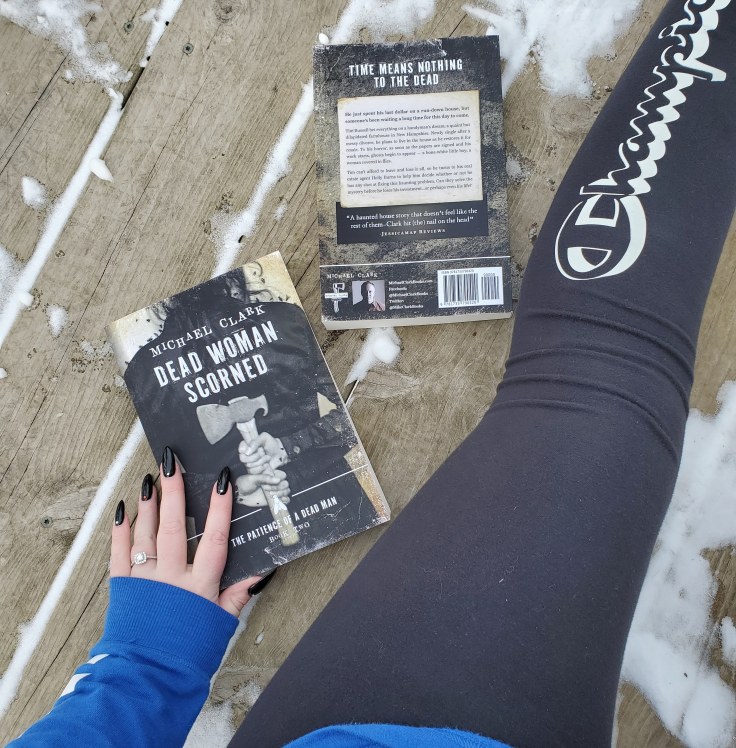 THE PATIENCE OF A DEAD MAN (Review Here)

He just spent everything on a house in disrepair, but he didn’t know someone was waiting inside.

Tim Russell just put his last dollar on a handyman’s dream; a quaint but dilapidated farmhouse in New Hampshire. Newly single after a messy divorce, his plan is to live in the house as he restores it for resale. To his horror, as soon as the papers are signed and his work starts, ghosts begin to appear. A bone-white little boy. A woman covered in flies. Tim can’t afford to leave and lose it all, so he turns to his real estate agent Holly Burns to help him decide whether he has any shot at solving his haunted problem. Can they solve the mystery before he loses his investment…or maybe his life?

She’s back, and they’ll regret what they’ve done.

Mildred Wells had a miserable life that carried over to a lonesome death. In the end, they betrayed her–played her the fool.

She was the last to know, but there’s still time to catch up. She’ll formulate her painful plan as they live their lives in blissful ignorance.
With no more family, only vengeance drives her; in fact, it’s all she has. She would have rather rested in peace, but for Mildred, dying isn’t so easy