Check back for the #allthebookreviews thoughts on this one! 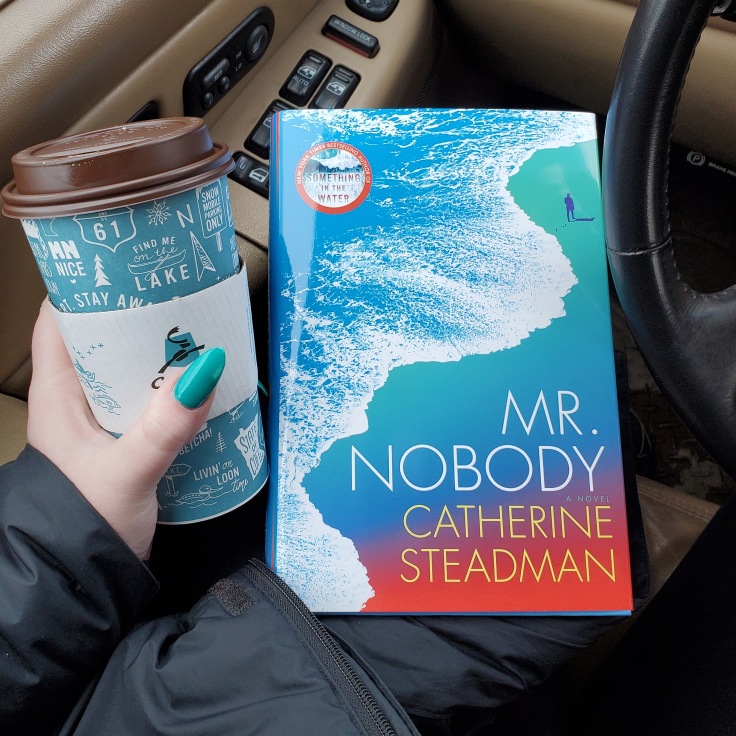 A psychiatrist treating a man with no memory discovers that her patient knows far more about her past than his own in a gripping psychological thriller from the New York Times bestselling author of Something in the Water.

Who is Mr. Nobody?

When a man is found on a British beach, drifting in and out of consciousness, with no identification and unable to speak, interest in him is sparked immediately. From the hospital staff who find themselves inexplicably drawn to him, to international medical experts who are baffled by him, to the national press who call him Mr. Nobody, everyone wants answers. Who is this man? And what happened to him?

Some memories are best forgotten.

Neuropsychiatrist Dr. Emma Lewis is asked to assess the patient in a small town deep in the English countryside. This is her field of expertise, this is the chance she’s been waiting for, and this case could make her name known across the world. But therein lies the danger. Emma left this same town fourteen years ago and has taken great pains to cover all traces of her past since then.

But now something—or someone—is calling her back. And the more time she spends with her patient, the more alarmed she becomes that he knows the one thing about her that nobody is supposed to know.

This is the second book from Catherine Steadman and it was a solid thriller and suspense book. MR. NOBODY involves the topic of memory and memory loss. We alternate between the perspectives of Dr. Emma Lewis, a neuro-psychiatrist and then chapters from a man dubbed Mr. Nobody. The book begins with a man washing up on shore with no memory of who he is and how he got to where he was. What happened? Why was he there? Who was he? All he can remember is the phrase, “Don’t fuck up” and that he has to find a woman.

Dr. Emma Lewis works in memory and the aspects of memory loss. She is assigned to Mr. Nobody’s case because they are convinced it could be a case of fugue. Something she has been hoping to work with and make sure it was not misdiagnosed (like it had been very publicly before). I think the topic of memory loss is fascinating and scary at the same time. The fact that our brains and memories are so fragile and can be gone within the blink of an eye is a terrifying reality.

I loved the concept. It wasn’t as twisty as I have come to expect/hope for with a thriller, but it still kept me on my toes and flipping the pages. Those short chapters will always do that! I think where it kind of lost me was towards the end. Some things didn’t make sense to me, but that would definitely be more of a me thing. That did bring the solid 4 star rating from the beginning down a little bit, but a 3 star review is still good!

Overall, if you’re a fan of the amnesia driven plots for your thrillers, then this will be perfect for you! I definitely want to go back and pick up her first book SOMETHING IN THE WATER. Can’t wait to see what she releases next.

3 thoughts on “Mr. Nobody – Catherine Steadman”