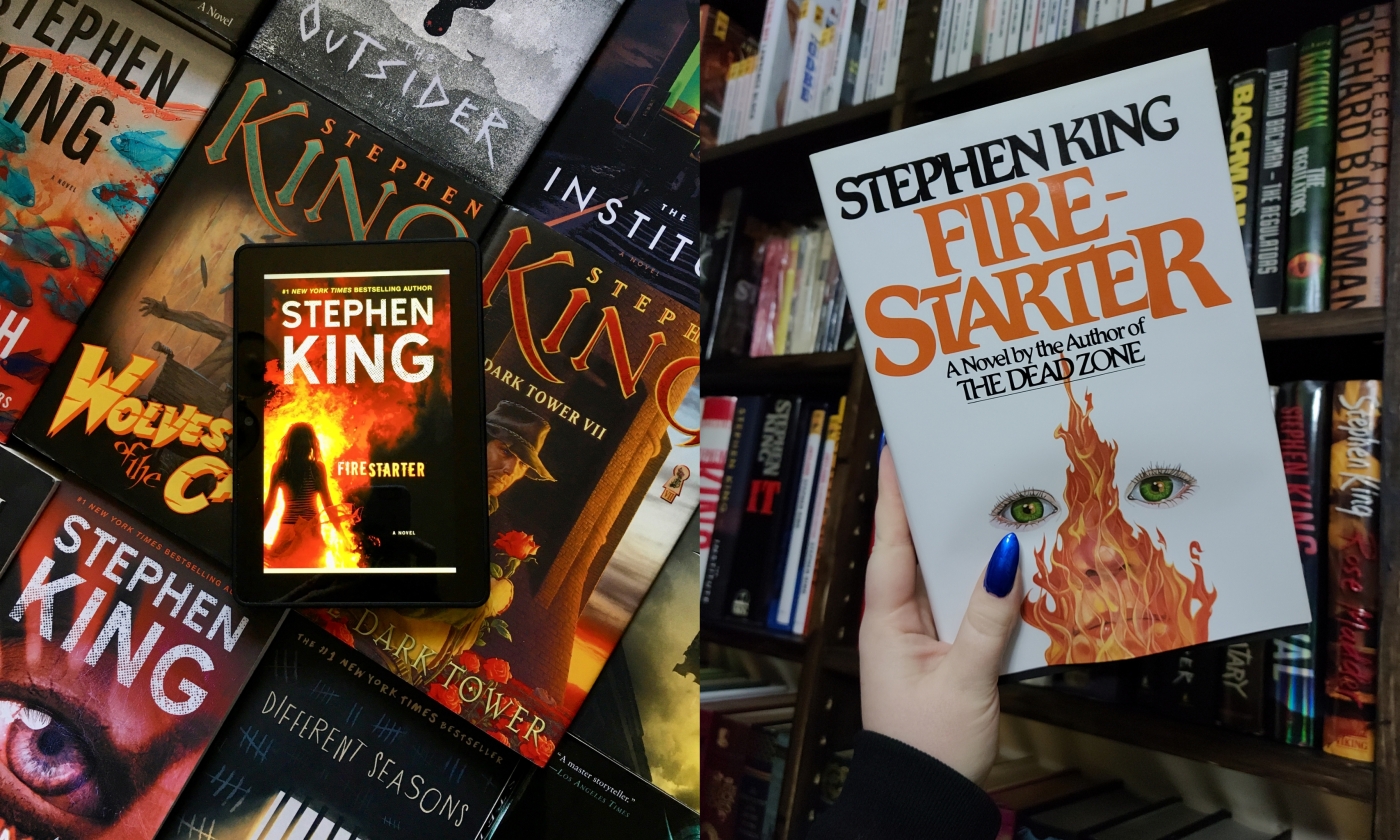 Just keep on moving through this readalong! The last one for March

Firestarter is the story of Andrew & Charlie McGee, a father-daughter pair on the run from a government agency known as The Shop. During his college years, Andy had participated in a Shop experiment dealing with lysergic acid, a trial that gifted his wife, Victoria Tomlinson, with minor telekinetic & telepathic abilities, & given him an autohypnotic mind domination ability he refers to as “the Push”. Both his & Vicky’s powers are physiologically limited; in his case, overuse of the Push gives him crippling headaches & minute brain hemorrhages, but Charlie had developed frightening pyrokinetic ability, with the full extent of her power unknown. After a mistake was made by Shop agents, Vicky was killed & Charlie was taken, but Andy, using the Push, managed to reclaim her & the pair have been on the run since.

My first read of Firestarter and to be honest, I expected this one to be a slower read for some reason and I have NO idea why.  I do think King has a tendency to be over descriptive and wordy but in this read, things move at a pretty fiery pace (see what I did there? *groan*).  I remember watching the move EONS ago but don’t remember much of it outside of a few key scenes so was happy to go into this relatively blind.

I wasn’t expecting so much with Andy’s power but really enjoyed learning his background and how detrimental this could be to him.  But, as a father, he will do anything to protect his daughter.  It was enraging and heart breaking to see how the government, as usual, are trying to cover their tracks and omg, these people were definitely NOT paid enough for this trial – I don’t care what decade this book was written in!

As we know, King writes in a variety of genres and this one is more into the thriller/science fiction category rather than horror fiction.  I feel these types of reads run that fine line into horror, which is just win win in my book so yay for readers like me! I’m actually surprised this book isn’t more well known amongst readers – I even rarely see King fans discussing this one.  We all should be though. And for those new to King, I think this is could be a great one to begin with.

This was one of the first few King books that I ever read, and this was definitely due for a reread. FIRESTARTER is one of those King books that doesn’t fall solely in the horror genre, but instead it has some great science fiction elements, with a thriller kind of pacing. I forgot what great characters there were in this book and how quickly this books moves.

Andy and his daughter Charlie are on the run from The Shop – a secret government agency. Why are they on the run? Well, they both have powers that The Shop agents are wanting to control. Andy has what he calls “the Push”, which is a mind domination ability, while his daughter is a powerful pyrokinetic. The big difference between the two is that Andy has limitations with his powers before he begins to feel dangerous side effects, but nothing seems to hinder Charlie’s abilities.

I loved getting to know Andy and Charlie again as I revisited this story. I forgot how persistent The Shop is, but when a secret government agency wants someone or something to stay hidden, they will do everything they can to keep it that way. I think this one is perfect for those new to Stephen King. It has a solid pacing, great characters, plenty of suspense, and those glimpses of horror in a few parts.