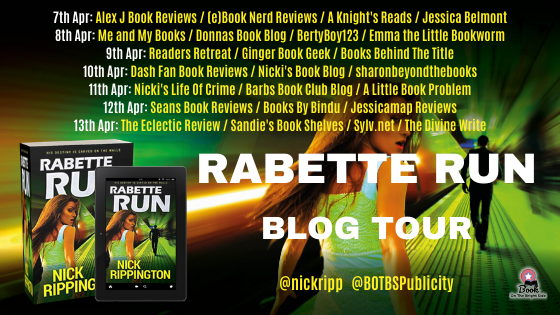 Let’s end this week with a blog tour! 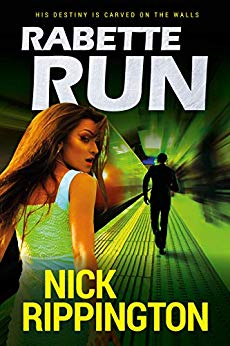 EMERSON RABETTE has a phobia about travelling on underground trains, so when he is involved in a car accident his worst nightmare is about to come true.

A middle-aged graphic designer and father of one, Emerson’s entire future depends on him reaching an important business meeting. Without an alternative method of transport, he has to confront his biggest fear.

Things immediately go wrong when Emerson’s Obsessive Compulsive Disorder kicks in and his fellow passengers become angry at the way he is acting. Thankfully a young woman called Winter comes to his rescue and agrees to help him reach his destination.
Once on the train, she thinks her job is done. But Emerson can’t help feeling he is being watched by his fellow passengers, including a soldier, a woman in a hat covered with artificial fruit and a man with a purple goatee beard.

Is it just his paranoia kicking in, or are they all out to get him?

And Winter is taken totally by surprise when Emerson takes flight after reading a message scrawled on the train’s interior.

This was my introduction to Nick Rippington and man, does he know how to start a book off with a bang. Being just over 300 pages, this moved surprisingly quick! There’s a pacing that flows like an action movie – you just don’t want to stop flipping or tapping through the pages. I was so mad that I had to put it down to continue working.

Emerson Rabette is on his way to a meeting. Seems like a boring and uneventful task, right? Not for Emerson. He has a phobia of the underground, and in order to get to where he needs to be, that’s where he will have to go. Well, things take one hell of a turn after he receives a note that simply says, “Run, Rabette, Run.” Now the action begins!

Rippington does a great job building the tension and the suspense as the book progresses. The characters are well-developed and it was so interesting getting to know Emerson and his OCD rituals he needs to do. I will definitely be looking into more from Nick Rippington and highly recommend this if you are in need of a binge read or want an action packed thriller! 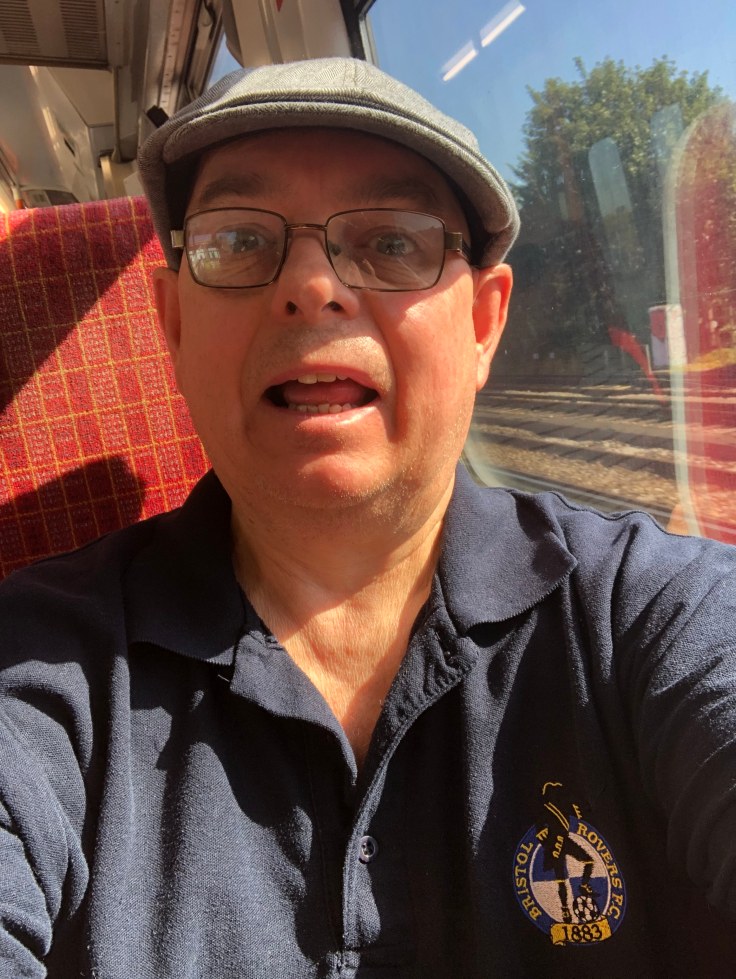 NICK RIPPINGTON is the award-winning author of the Boxer Boys series of gangland crime thrillers.

Based in London, UK, Nick was the last-ever Welsh Sports Editor of the now defunct News of The World, writing his debut release Crossing The Whitewash after being made redundant with just two days notice after Rupert Murdoch closed down Europe’s biggest-selling tabloid in 2011.

On holiday at the time, Nick was never allowed back in the building, investigators sealing off the area with crime scene tape and seizing his computer as they investigated the phone-hacking scandal, something which took place a decade before Nick joined the paper. His greatest fear, however, was that cops would uncover the secrets to his Fantasy Football selections.

Handed the contents of his desk in a black bin bag in a murky car park, deep throat style, Nick was at a crossroads – married just two years earlier and with a wife and 9-month-old baby to support.

With self-publishing booming, he hit on an idea for a UK gangland thriller taking place against the backdrop of the Rugby World Cup and in 2015 produced Crossing The Whitewash, which received an honourable mention in the genre category of the Writers’ Digest self-published eBook awards. Judges described it as “evocative, unique, unfailingly precise and often humorous”.

Follow-up novel Spark Out, a prequel set at the time of Margaret Thatcher and the Falklands War, received a Chill With A Book reader award and an IndieBRAG medallion from the prestigious website dedicated to Independent publishers and writers throughout the world. The novel was also awarded best cover of 2017 with Chill With A Book.

The third book in the Boxer Boys series Dying Seconds, a sequel to Crossing The Whitewash, was released in December 2018 and went to the top of the Amazon Contemporary Urban Fiction free charts during a giveaway period of five days. A digital box set, the Boxer Boys Collection, came out in September last year.

Now Nick, 60, is switching direction feeling that, for the moment, the Boxer Boys series has run its course. His latest novel, Rabette Run, will be released in the Spring and Nick says, ‘It is a gritty psychological thriller with twists and turns galore. Think Alice in Wonderland with tanks and guns.’

Married to Liz, When Nick isn’t writing he works as a back bench designer of sports pages on the Daily Star. He has two children – Jemma, 37, and Olivia, 9.