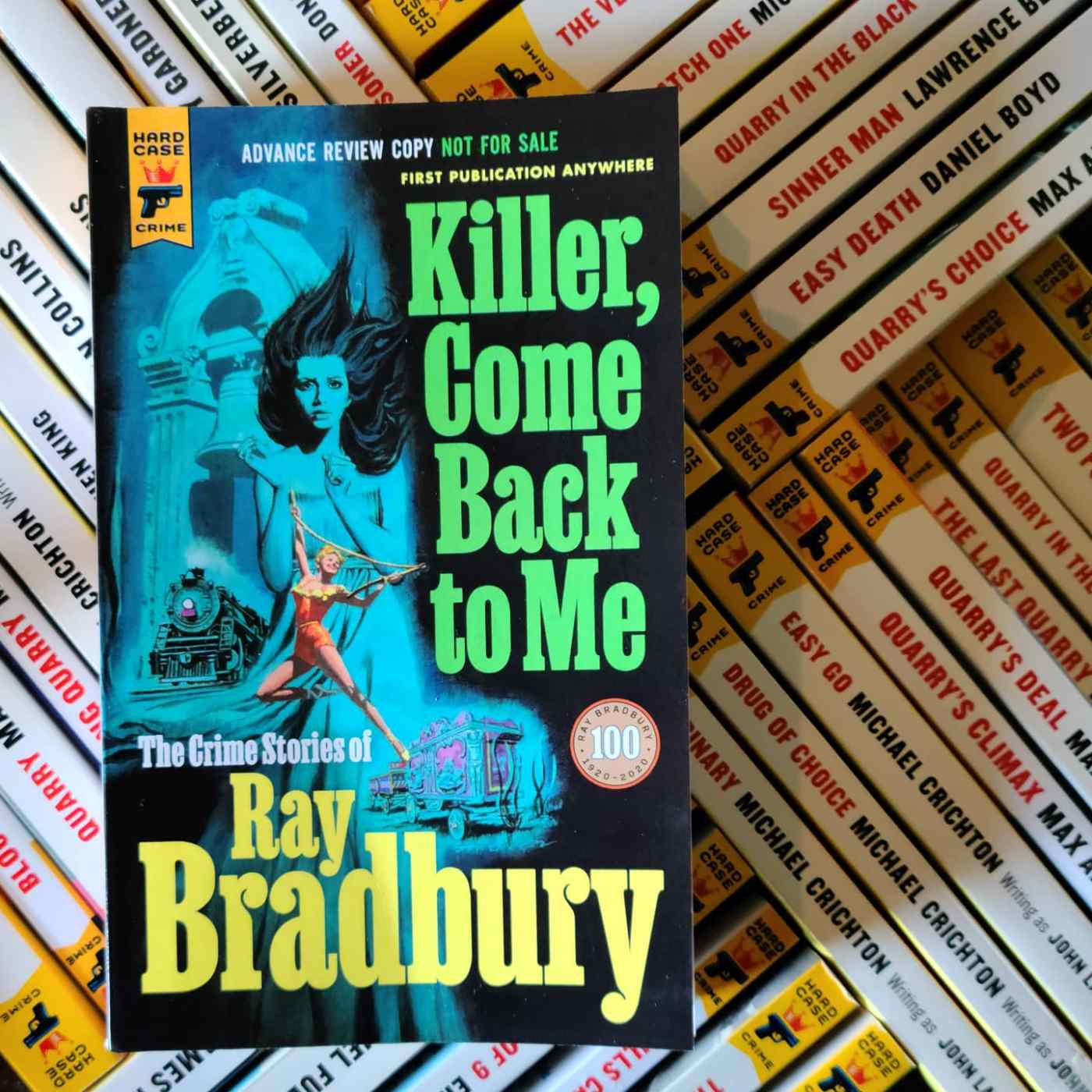 To say I was excited to receive this book would be an understatement. Not only is it a stunning new addition to the Hard Case Crime collection, but it’s also Ray Bradbury. 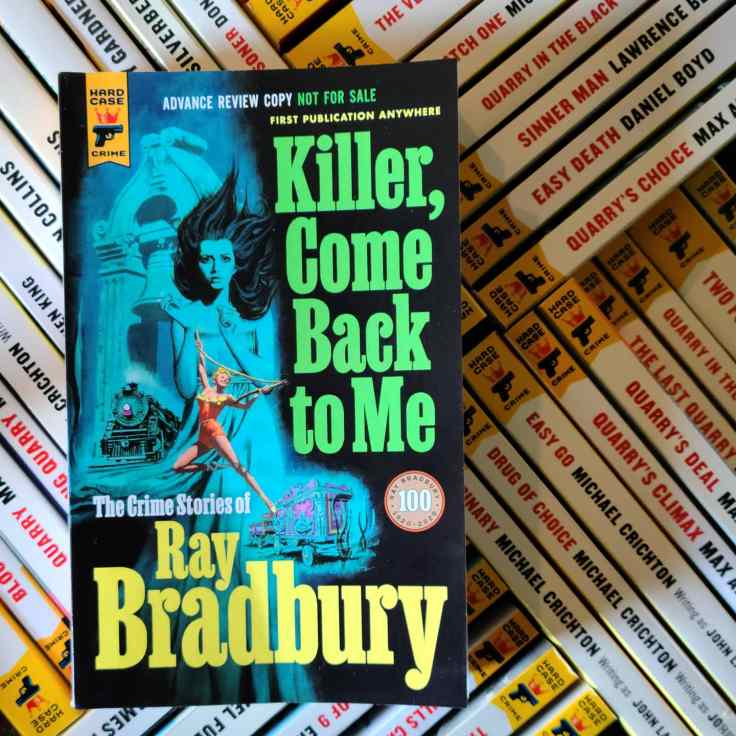 Ray Bradbury achieved literary renown for a widely diverse body of work, including masterpieces of fantasy and science fiction such as Fahrenheit 451, The Martian Chronicles, and Something Wicked This Way Comes, as well as classic short stories that have thrilled, touched, and terrified generations of readers. Though he was less well known for crime fiction, some of his finest publications occurred in this genre, penned for publications ranging from pulp magazines of the 1940s such as Dime Mystery and Detective Tales to premier markets of their era such as McCall’s and Playboy.

This new collection contains 20 stories, including classics of the genre and rare, little-known gems such as the title story, Bradbury’s first published mystery. A number of the stories were adapted by the author for his popular TV series, The Ray Bradbury Theater, and fans of Bradbury’s work will recognize his touch with crime stories about circus sideshow performers and ventriloquists’ dummies, sunken cathedrals, time travelers, and robots that look just like people. But they will also discover plenty that is startling and unfamiliar, such as the original short story that inspired a portion of Bradbury’s famous novel Dandelion Wine, as well as that story’s dark and psychologically disturbing sequel, written at the prompting of no less a figure in the mystery field than Ellery Queen.

No one ever wrote like Bradbury. And as this lavish collection demonstrates, when he turned his hand to this genre, he produced some of the most unforgettable crime stories ever told.

We all know Ray Bradbury for his works of science fiction, but I had never known that he also wrote quite a few crime fiction stories. There is such a wide variety of topics, perspectives, and characters within this book and I think each one brings something different to the table. Considering the size of the book, there is a surprising amount of short stories here, but I can’t say there were any that I disliked.

Sideshow performers, creepy ventriloquist dummies, time travel, incredibly life-like robots, bodies in the attic, and so much more is waiting for you in the pages of this collection. Those that love his science fiction writing, know that there are definitely elements of this and some supernatural in each story – some more present than others, but always just enough. What stuck with me the most, as it does with the other books by Bradbury I’ve read, is how incredible the writing is. There’s something about the way he tells a story, and I think those that aren’t the biggest fans of short stories will find themselves getting lost in these.

The illustrations were also incredible and really added to the stories they accompanied. All of the stories are all ones that were previously published by Bradbury in magazines and similar media, and I’m happy to see that they will be given new life again with this collection coming out so that more readers will enjoy them. Another hit for the Hard Case Crime series and a stunning cover to go with it!

One thought on “Killer, Come Back to Me – Ray Bradbury”