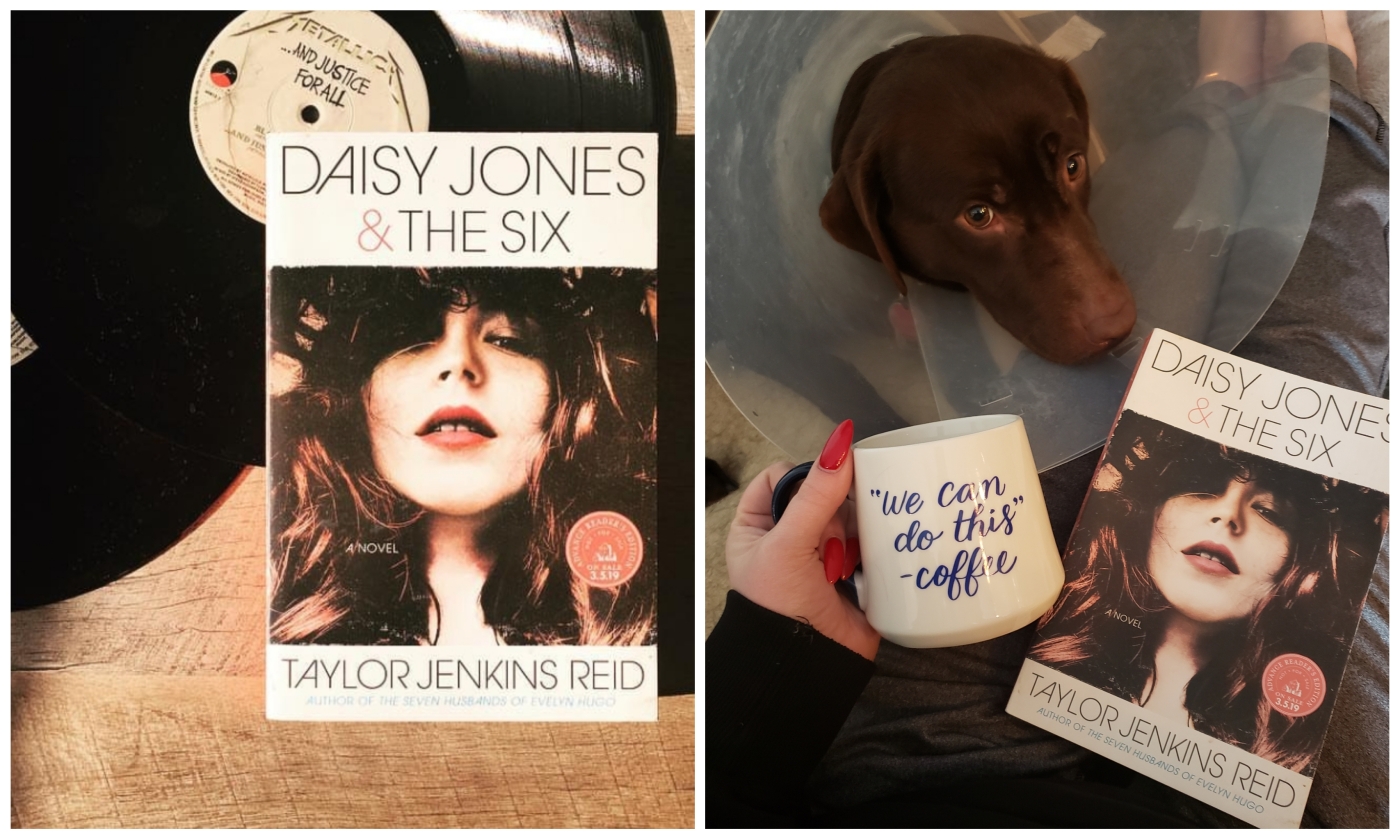 Happy Monday! Already back to another work week and I’m struggling with the time change. But hey, that’s why we have coffee.

Thanks to Random House and Ballantine Books for the free advanced copies in exchange for our honest reviews.

DAISY JONES AND THE SIX – Taylor Jenkins Reid (out now!)

Check out the 5 star reviews from the #allthebookreviews duo 🙂 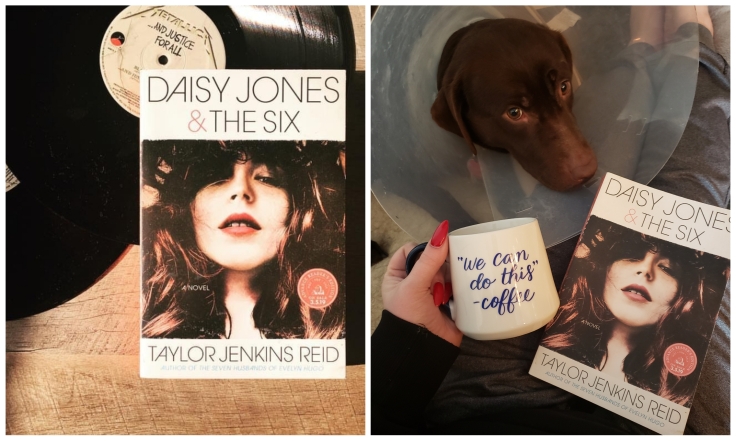 I’ll admit that when I read the “author’s note” at the very beginning, I thought I was reading a legit non-fiction documentary type novel about a band that really existed. Did I pay attention to the genre this is placed in, historical FICTION? Nope. You know why? Because it’s written so brilliantly that you don’t even notice. You are pulled into this world where we learn of the ups and downs and while Billy Dunne and Daisy are the leaders, you are rooting and feeling for EVERY.SINGLE.CHARACTER.

While this is only my second Reid book, I’m flabbergasted and completely impressed with her ability to write such different types of stories – even creating the song lyrics AND it’s being optioned for the screen. WHO IS TAYLOR JENKINS REID?!

I actually did wonder just how much I would like this as I’m not big on “documentaries” in general. Written like an interview of sorts with each character giving their perspectives, it never once got confusing and the voices of each character was very clear. I love how each was flawed and yet so strong in the person that they were – even as they struggled. I really did not come across a single character I didn’t like.

Reid also has this genius ability to give you a reveal towards the end of the book that is as impactful as it is subtle. I have a feeling that many people will say if you loved Almost Famous that you’ll love this book and while that is true, this book holds it’s own without any comparison or if you like this you’ll love that kind of thought.

(also, how cool is it that Reese Witherspoon will be producing the adaptation?!)

I know I’m not the only one that gets nervous starting a book that has had nothing but stellar reviews. This one was making the rounds on book blogs and Bookstagram and I had only seen a handful of middle-ground reviews. DAISY JONES AND THE SIX was my second book by Taylor Jenkins Reid and she did not disappoint!

This book is done in an interview/documentary style narrative and I loved it. This gave the story an authenticity to it, and I know I’m not the only one that had the thought go through their mind wondering if this band was actually real. That’s a skilled writer to make us believe that a work of fiction might actually be nonfiction.

Every character was given their own unique voice and I was shocked that I connected with every single one of them. Typically when there’s a larger cast of characters there are a couple that fall to the wayside, but not here! I thought the reveal at the end was done so well and subtly without losing it’s impact.

Overall, if you’re a fan of this kind of narrative then you will love this book. If the era of rock n’ roll interests you, then you’ll want to pick this one up! If you’re a fan of Taylor Jenkins Reid, then this is a no-brainer. Basically, you need to read this one.