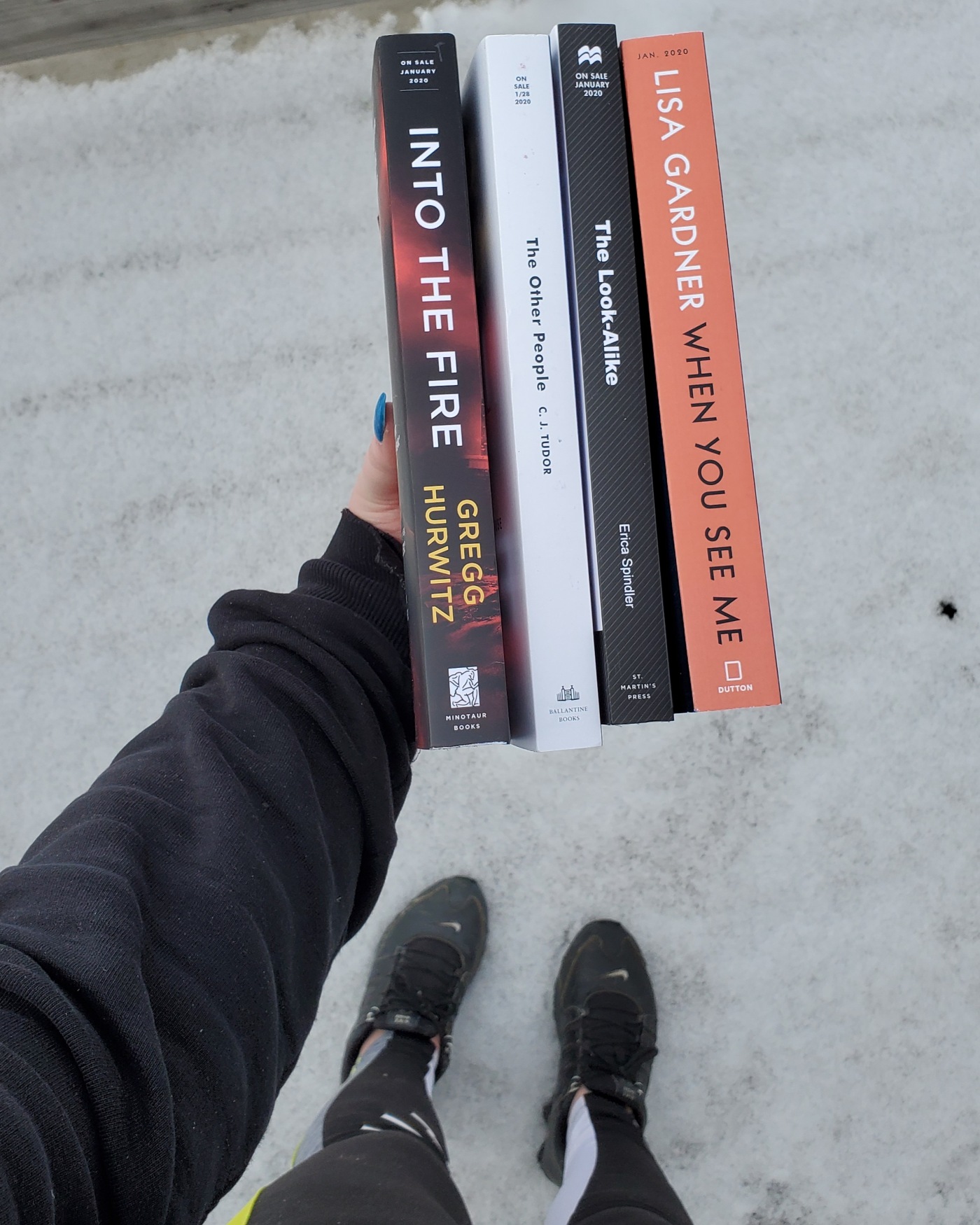 It’s #NewBookTuesday – and the last one of January!

THE OTHER PEOPLE – C.J. Tudor

WHEN YOU SEE ME – Lisa Gardner

INTO THE FIRE – Gregg Hurwitz

I did link the #ATBR2020 reviews for the couple books we’ve finished up this month!

From the New York Times bestselling author of The Other Girl and Justice for Sara comes a thrilling psychological drama about a woman who believes she escaped a brutal murder years ago—but does anyone else believe her?

Sienna Scott grew up in the dark shadow of her mother’s paranoid delusions. Now, she’s returned home to confront her past and the unsolved murder that altered the course of her life.

In her mother’s shuttered house, an old fear that has haunted Sienna for years rears its ugly head —that it was she who had been the killer’s target that night. And now, with it, a new fear—that the killer not only intended to remedy his past mistake—he’s already begun. But are these fears any different from the ones that torment her mother?

As the walls close in, the line between truth and lie, reality and delusion disintegrate. Has Sienna’s worst nightmare come true? Or will she unmask a killer and finally prove she may be her mother’s look-alike, but she’s not her clone?

A gripping new thriller about a man’s quest for the daughter no one else believes is still alive, from the acclaimed author of The Chalk Man and The Hiding Place.

Bestselling author Lisa Gardner unites three of her most loved characters -Detective D.D. Warren, Flora Dane, and Kimberly Quincy – in a twisty new thriller, as they investigate a mysterious murder from the past that points to a dangerous and chilling present-day crime.

FBI Special Agent Kimberly Quincy and Sergeant Detective DD Warren have built a task force to follow the digital bread crumbs left behind by deceased serial kidnapper Jacob Ness. And when a disturbing piece of evidence comes to light, they decide to bring in Flora Dane who has personal experience of being imprisoned by Ness.

Their investigations take them to a small town deep in the hills of Georgia where something seems to be deeply wrong.

What at first seems like a Gothic eeriness soon hardens into something much more sinister as they discover that for all the evil Jacob committed while alive, his worst secret is still to be revealed.

Quincy and DD must summon their considerable skills and experience to crack the most disturbing case of their careers – and Flora must face her own past directly in the hope of saving others.

Taken from a group home at age twelve, Evan Smoak was trained as an off-the-books government assassin: Orphan X. After breaking with the Program, he reinvented himself as The Nowhere Man, a figure shrouded in shadows who helps the truly desperate. But the government didn’t let go of him easily, sending their best to hunt him down and eliminate him. All of them failed. With his deadliest enemies behind him, Evan is facing a new challenge—what is he going to do now that no one is after him?

Max Merriweather is at the end of his rope. Separated from the woman he loves and barely scraping by, Max is a disappointment to everyone in his life. Then his very successful cousin Grant is brutally murdered. Two months before, Grant left Max an envelope with instructions to take it to a reporter if anything happened to him. Now the reporter is missing and Max’s apartment is ransacked. A man at the end of his rope, he calls The Nowhere Man.

With mixed feelings, Evan takes on this mission, easily finding the men who are after Max and executing a plan to keep him safe. But it isn’t as obvious as it seems—and Evan finds himself enmeshed in one of the most challenging missions of his life, one that he can’t survive on his own. With the help of Joey Morales, a genius-level hacker and the last Orphan recruited into the Program, and the brilliant, off-the-books gunsmith, Tommy Stojack, Orphan X once more heads…Into the Fire.